Neither Alumni Ventures Group nor any related funds are sponsored by, affiliated with, or otherwise endorsed by any university.

These are your classmates and other members of our community who wake up every day on your behalf
to assemble a great venture portfolio and provide exceptional client services to our investors. 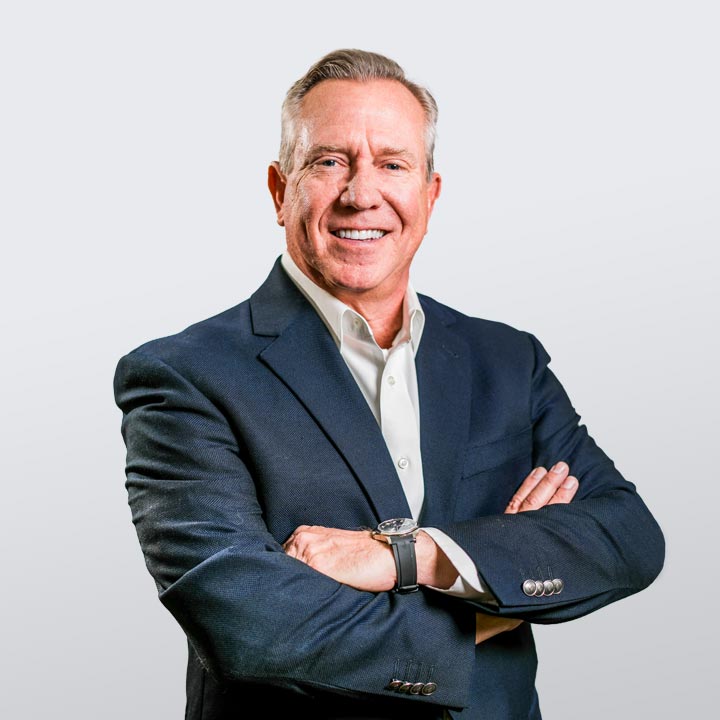 Bio: Larry is a Texas Aggie Class of ’83 and the Managing Partner of Ring Ventures. He is a seasoned, venture-backed technology executive and investor with multiple exits, including an IPO on the NASDAQ. Most recently, he was President and CEO of Olono, an AI platform for sales effectiveness (acq. by Insight Squared). Previously, he was CEO of Gazzang, provider of big data security software (acq. by Cloudera); and CEO of Phurnace Software, provider of DevOps software (acq. by BMC Software). Larry was also formerly a venture partner at AV Labs, the incubator fund of Austin Ventures. There he sourced new deals, tracked progress for follow-on investment, and coached founders. Earlier in his career, he served as a Vice President for both Siebel Systems and Documentum. At Texas A&M, he received a BBA in Marketing, was Student Body Judicial Board Chairman, a Cadet Lieutenant Colonel as the Adjutant of the Corps of Cadets, and a Buck Weirus Spirit Award winner. 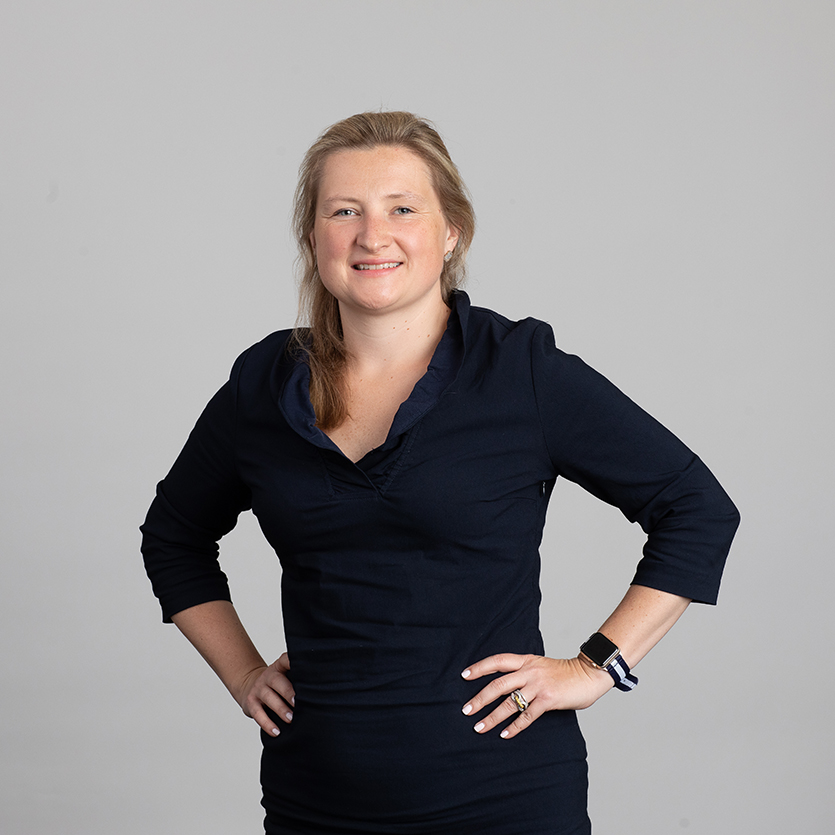 Bio: Prior to joining AVG Sasha was a Management Consultant at Stax, Inc., a boutique consulting firm specializing in private investment diligence and growth strategy engagements. Before Stax, Sasha worked at a private-equity-backed startup in the seafood industry, and prior to that, within the Strategic Planning and Marketing groups at Brown Brothers Harriman. She volunteers her time as Judge and Mentor for MassChallenge and also as an Alumni Ambassador for Cornell’s Johnson School. Sasha has an MBA from Cornell University’s Johnson College of Business and an MA (Honours) from the University of St. Andrews. 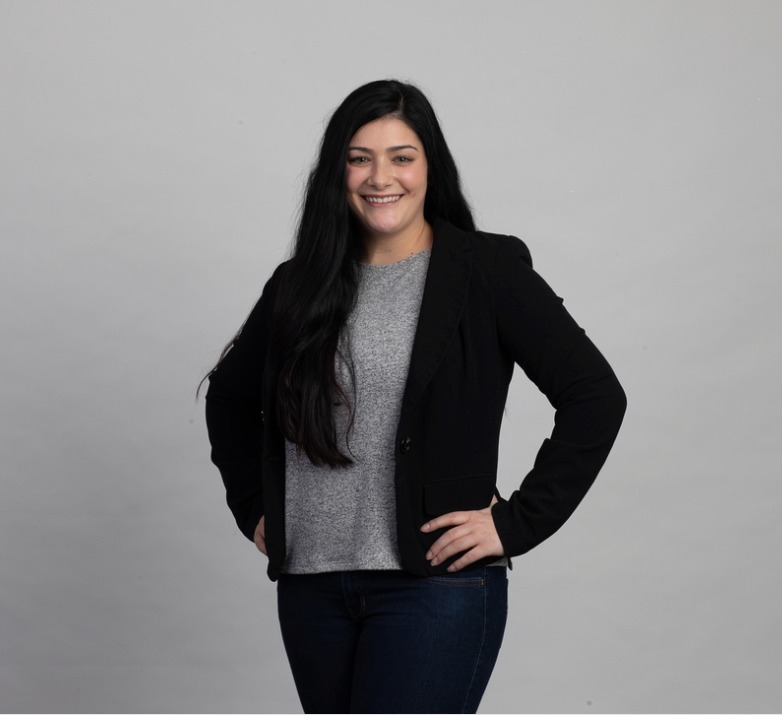 Bio: Prior to joining AVG, Jenna was an Investor Service Representative at Putnam Investments, where she provided customer support to both clients and brokers. Jenna is a graduate of Merrimack College, Girard School of Business, where she studied Business Administration with a dual major in Management and Marketing. 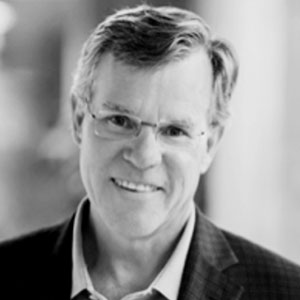 Bio: Clint graduated from Texas A&M with an engineering degree and holds an MBA from the University of Chicago Booth School of Business. He is a co-founder and managing director of ARCH Venture Partners, the prestigious VC firm that has been investing for over 30 years. Clint serves on several boards as well as the Yellowstone Park Foundation and is an organizing member of the Texas Venture Capital Association. 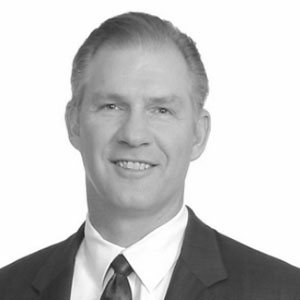 Bio: Fred is a successful real estate developer in Houston and across the state of Texas. He is the co-founder and CEO of the Caldwell Companies, which owns, manages and markets industrial, retail and office buildings, residential communities and business parks. His company has developed some of the state’s most recognizable signature properties including Towne Lake, Cypress, and the Research Park at Texas A&M University. 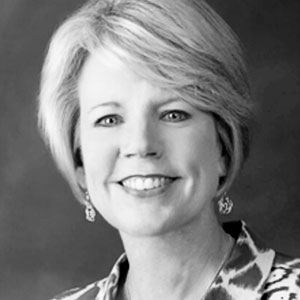 Bio: Joyce has an engineering degree from Texas A&M. She is the co-founder and CEO of Growth Acceleration Partners, a leading software development and services company with operations in multiple countries. Joyce is active in the Women Presidents Organization and the Special Olympics. Joyce mentors women CEOs as well as first-time entrepreneurs and is the recipient of several prestigious awards for her work in this area. 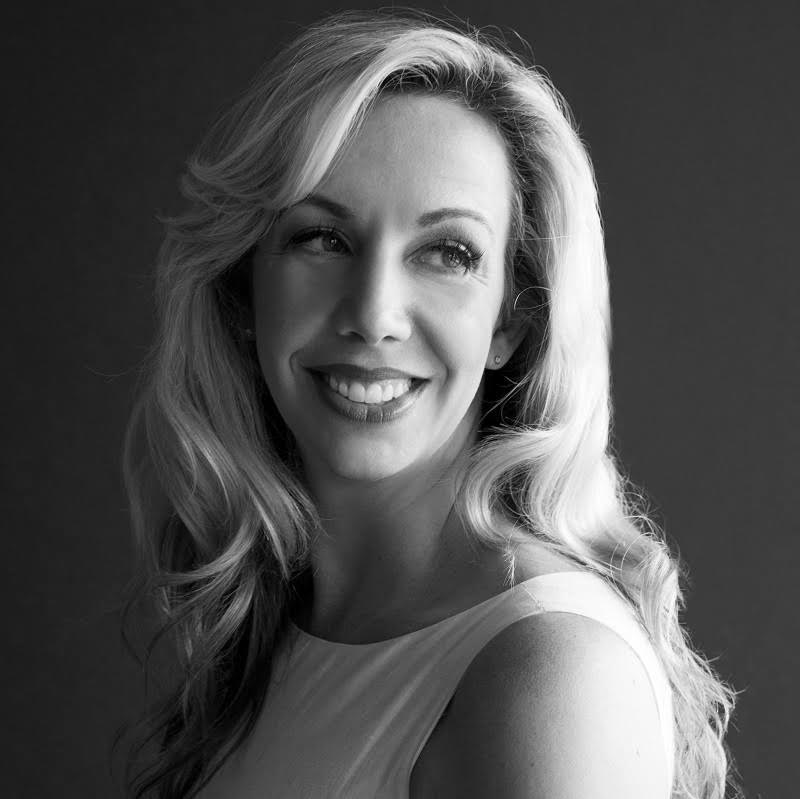 Bio: Elizabeth has both Bachelor and Master degrees from Texas A&M. She serves as co-founder and President of Hello Alice, a free on-line platform that connects small business owners to capital, networks and business services that considers who they are and the business they’re trying to grow. Elizabeth is a former United States Peace Corps volunteer for which she served in Bolivia. Elizabeth has also been a leader in organizations like the Points of Light Foundation, Share Our Strength, Girl Up (United Nations Foundation) and the Texas A&M Foundation. 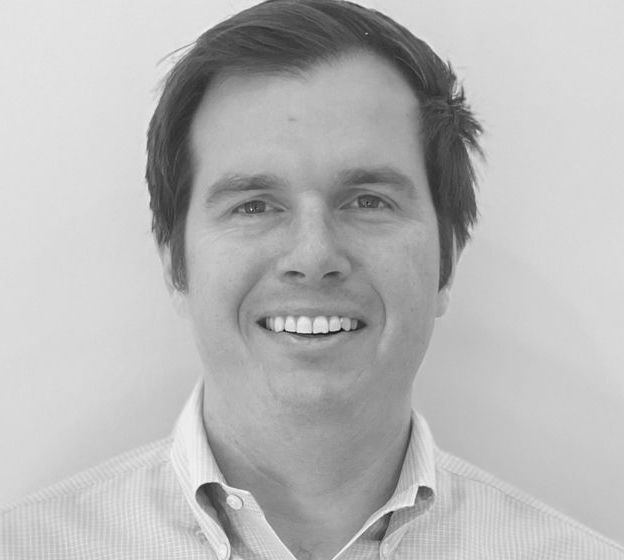 Bio: Matt has a bachelor’s degree in business administration and finance from Texas A&M University. He completed courses in Entrepreneurship and Venture Capital at the Acton School of Business. Matt is on the investment team at Draper Associates where he focuses on making seed-stage venture capital investments in frontier technology companies globally. He was formerly a Vice President at The Blackstone Group where he focused on providing growth financing to global energy companies. Matt has also completed a certification course on Crypto and Blockchain from Stanford University. 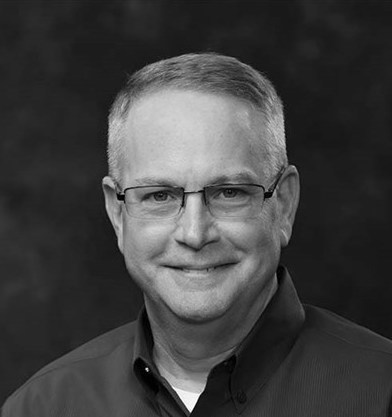 Bio: Marty is a well known and dedicated Aggie. He is from the Class of ’87 with a degree in Marketing, was the Head Yell Leader, member of the Corps of Cadets, a Ross Volunteer and a Buck Weirus Spirit Award winner. He has served as a Class Agent and was named a Fish Camp Namesake in 2005. Since 2003, Marty has worked for the Texas A&M Association of Former Students and is currently the Vice President of Programs leading programming for former students and current students as well as managing the Aggie Ring Program. He also leads the Distinguished Alumni recognition program and is the point person for developing and designing the new Aggie Park. 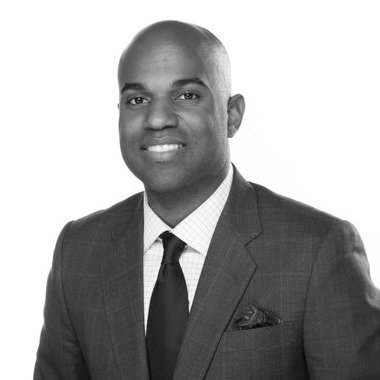 Bio: Terrence, Aggie Class of ’05, is a well-renowned entrepreneur and successful real estate investor/professional and owner of TM5 Properties, the #1 most active independent real estate firm in Bryan/College Station, TX. He was a winner of the prestigious Aggie 100 Award for 3 years in a row. Terrence is also a philanthropist and active in the BCS community and his home town area of East Texas. On the A&M football team he played wide-receiver and continues to this day to hold multiple school records. He was a 2nd round draft pick by the NFL Green Bay Packers. 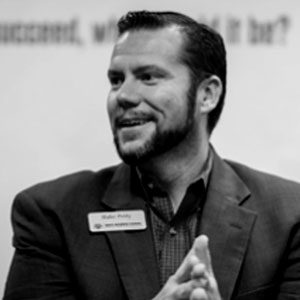 Bio: Blake is Executive Director of the McFerrin Center for Entrepreneurship at TAMU Mays Business School. Blake received a bachelor’s and Master’s degrees from A&M. He has worked in a variety of entrepreneurial capacities across the Texas A&M System, including 10 years in the Office of Technology Commercialization. He was a founding partner of Start-up Aggieland, plus co-founded the Aggie Angel Network and serves as their Executive Director.

Bio: Crystal, Aggie Class of ‘04, is a Managing Partner of Legacy Capital, a full-service wealth management firm in The Woodlands, Texas. Crystal focuses on planning for individuals, families and corporate clients. Crystal is also involved with The Woodlands Marathon, Houston A&M Club, and Girl Scouts of America. She teaches a Women & Investing course at Lone Star College. While at Texas A&M, Crystal was active on campus in the International Assoc. of Business Communicators and as a journalist for The Battalion. 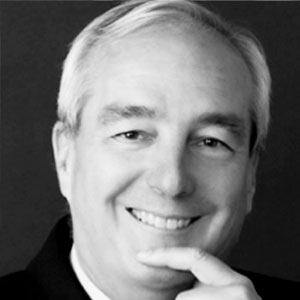 Bio: Ray has nuclear engineering degrees from Texas A&M and MIT and an MBA from Harvard. He has been a legend of venture capital in Silicon Valley, CA for over three decades. He is a General Partner at Venrock Associates, the venture capital firm formed by the Rockefeller Family. Ray was a Forbes Midas Touch list recipient. 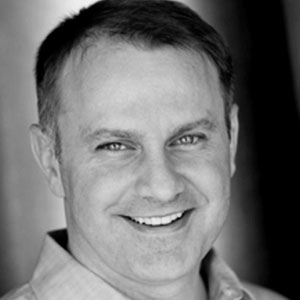 Bio: Branndon is a serial entrepreneur with several successful technology companies under his belt. He was the founder and CEO of OutboundEngine, a web services company that revolutionized web marketing for small to medium sized businesses. At A&M, Branndon was the quarterback for the football team and led the Aggies to their first Big 12 Championship and BCS Bowl appearance. 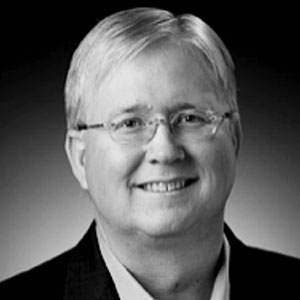 Bio: Graham is a successful technology founder/executive and real estate developer. He was co-founder and the first CEO of web hosting company Rackspace, what was one of the fastest growing tech companies in Texas. He is an active philanthropist in San Antonio, and has helped fund and start many companies in the fast growing technology sector of central Texas. 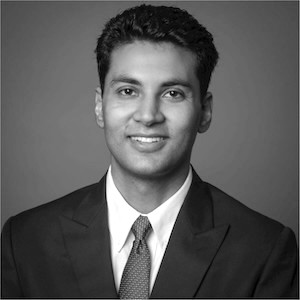 Bio: Nitin is an Associate at The Brattle Group, an economic and financial consulting firm, where he focuses on complex securities and Mergers & Acquisitions matters. In addition to his consulting work, Nitin is a columnist and writes about the intersection of economics, finance, and international affairs for India’s biggest daily, The Times of India. Prior to joining Brattle, Nitin gained experience as a pathways operations manager intern at Amazon, a consultant at Ernst & Young, and an intern with the United Nations. Nitin completed his MBA from Cornell University, where he was designated as an Emerging Markets Fellow.

Bio: Amanda is an Entrepreneurship Fellow at Fannin Innovation Studio, an early-stage life sciences development group in Houston, TX. She focuses on medical device commercialization and serves as a product development engineer and the project lead for Securine, a novel device for the treatment of urinary incontinence. Amanda received both her Bachelor of Science and Master of Engineering in Biomedical Engineering at Texas A&M University, along with a Certificate in Engineering, Concept, Creation, and Commercialization. Amanda has a breadth of diverse experience within the medical device space driven by her passion for tackling fast-paced challenges and improving health outcomes on a global scale. 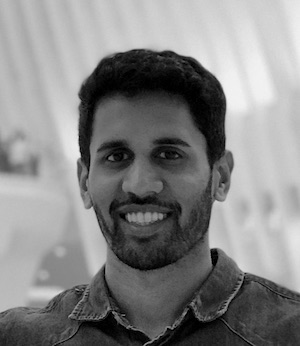 Bio: Akshar is currently an Analyst at Harris Health System, the nation’s 3rd largest safety-net health system, where he develops strategies to improve population health outcomes. Prior to Harris Health, he worked with the Yale Institute for Global Health where he consulted the Ethiopian Federal Ministry of Health on primary care transformation. He holds a BS in Biomedical Sciences from Texas A&M University (’17) and an MPH from the Yale School of Public Health (’19). 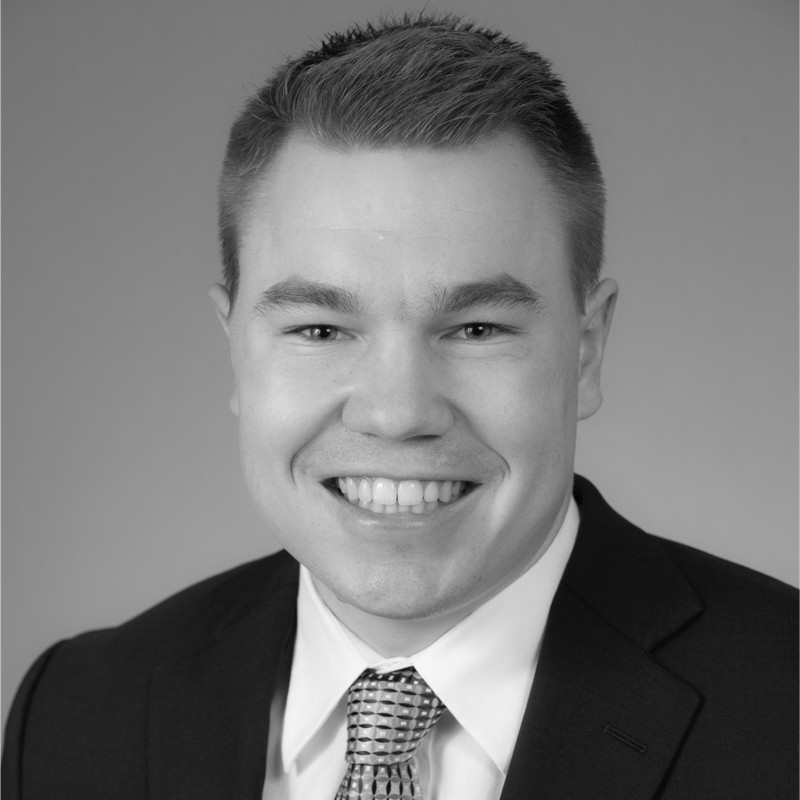 Bio: Drew graduated from Texas A&M in 2020 with a BBA in Finance and is currently pursuing a Master in Accounting.  During his time at Texas A&M, Drew played 5 seasons of football from 2016-2020.

Bio: Patrick is a Research Associate at Harvard Business School where he has worked for the last year and half on research primarily about venture capital, private equity, innovation, entrepreneurship, and diversity. He has worked on a wide array of different projects including co-authoring case studies to quantifying the investment success rates of entrepreneurs who become venture capitalist to determine if they are more successful VCs. Prior to HBS, he worked as an Energy Derivatives Analyst where he sold and traded oil & gas derivatives. Patrick has a B.S. in Economics and M.S. in Financial Economics from Texas A&M University. 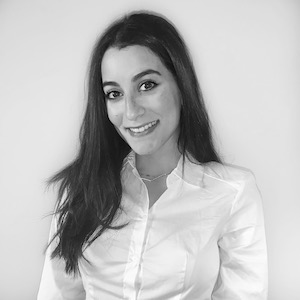 Bio: Originally from Venezuela, Samuina is currently pursuing a Master of Science in Entrepreneurship at Texas A&M University.  Samuina’s bachelor’s degree was focused in Animation and Graphic Design, which led her to positions in marketing and social media.  Samuina is pursuing entrepreneurship in order to learn about social impact startups that can alleviate struggles in troubled nations such as her own.