These inspiring entrepreneurs are breaking the mold in a big way.

Pitchbook’s most recent report on universities producing the most founders in the venture landscape got us thinking about all of the great Yale entrepreneurs we’ve come across over the years. In no particular order, here are five inspiring Yale entrepreneurs, two of which are current investments at our Yale-focused fund, Blue Ivy Ventures (Jopwell and RippleMatch). 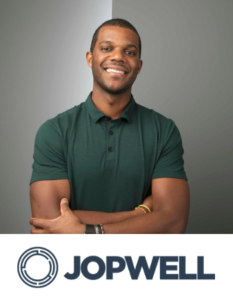 Porter Braswell and co-founder Ryan Williams came up with the idea for Jopwell while working on Wall Street. Often called upon to recruit other candidates who “looked like them,” Porter and Ryan knew that there had to be a better way to attract top talent at scale, while building a diverse professional community.

In 2015, they left finance to launch Jopwell, a career platform that helps Black, Latino/Hispanic, and Native American students and professionals unlock opportunities for career advancement — not only when seeking a job, but at all career stages. Since then, Jopwell has grown into an essential resource that has facilitated thousands of connections between its community and partner employers.

LISTEN TO PORTER ON THE FOUNDERS AND FUNDERS PODCAST 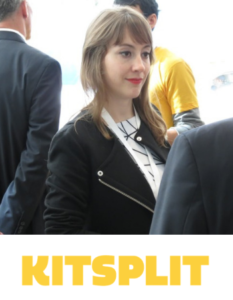 An Airbnb for cameras? That was the vision that Lisbeth Kaufman’s co-founder Kristina Budelis proposed when the two were attending NYU Stern. For Lisbeth, it was like lightning had finally struck — here was an opportunity to combine her somewhat esoteric interest in reducing waste with one of her life’s greatest passions: photography.

KitSplit is a mash-up of art and efficiency. The company is a marketplace for camera gear rentals and related production services with the aim of democratizing access to high-end expensive camera equipment by helping filmmakers, videographers, and photographers rent out cameras and production gear when they’re not in use. 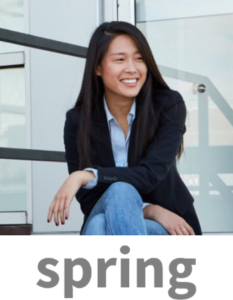 April Koh (Timothy Dwight ‘14+2) is CEO and Co-founder of Spring Health, a company founded and incubated through the Yale Entrepreneurial Institute. Spring is reinventing the mental health care experience by using proprietary machine-learning to match mental health patients to the right treatment for them and delivering care through high-quality virtual providers. They pride themselves on accurately identifying the treatment that will work best for each patient, meaning patients get better faster.

Now headquartered in New York City, Spring has developed machine-learning algorithms that have been proven to double the chances that patients will get better (JAMA Psychiatry, Lancet Psychiatry). The company has also won multiple honors from the American Psychiatric Association and Yale University. Innovating in healthcare is notoriously difficult, but April is deeply inspired by every friend who confides in her about their personal mental health struggle and by every person who says that Spring helped them. 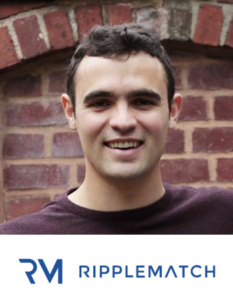 RippleMatch is a Davenport dorm room success story. In the fall of 2015, Yale roommates Andrew Myers and Eric Ho were growing frustrated with the recruiting process that top universities were offering to recent graduates. They realized that Generation Z is extremely comfortable engaging online and has grown up in a world where high-impact visual content is king. They also realized that companies were growing frustrated with posting job descriptions, and passing out brochures at informational sessions doesn’t attract top-tier talent.

So Andrew and Eric decided to design a solution. They created RippleMatch to help students seeking jobs and internships after college while providing dream candidates for employers. Companies like Goldman Sachs are increasingly recruiting from more schools and relying on video interviews to drive the early stages of their process. RippleMatch opens the door to a host of remote recruiting solutions for employers to gain access to top-tier applicants.

READ MORE ABOUT ANDREW MEYERS AND RIPPLEMATCH IN OUR Q&A 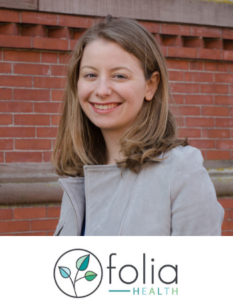 Nell Meosky Luo and her Co-Founder Dan Toffling started Folia Health to give caregivers an easy way to capture observations of their loved ones. The company’s platform enables caregivers to record important behavioral data by answering simple, personalized multiple-choice questions. That data is then used by physicians to augment the evidence base available for treatment planning.

Nell transferred to Yale from MIT after learning about the incredible public health curriculum and resources available at Yale. She realized that family caregivers — including parents — notice important changes in a patient’s health at home every day, and wondered if these observations could be easily captured as data points to help understand the patient’s progress. As a company, Folia recognizes that family caregivers have a unique perspective that can change the way that healthcare is delivered.

Blue Ivy is not sponsored by, affiliated with, or otherwise endorsed by any university.