Veteran VC Returns to His Roots and Private Sector Investing


Veteran VC Returns to His Roots 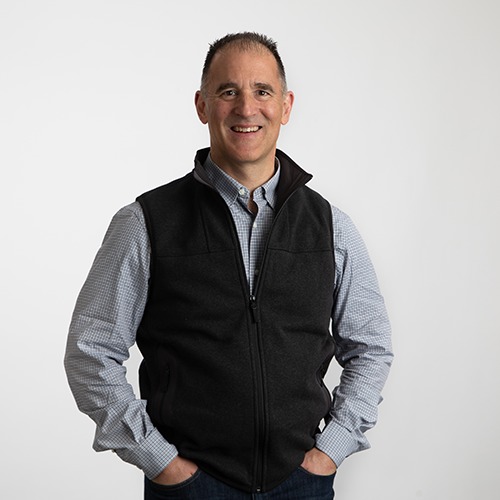 From Silicon Valley to Manhattan, Brian Keil (MBA’92) has developed his investment experience in hubs for entrepreneurship. His time at the Wharton School helped him pivot from industrial engineering to a nearly 20-year career in venture capital. As the new Managing Partner for Chestnut Street Ventures, he’ll apply his experience in public and private sector investing to helping fellow Penn alums access deals led by top VCs.

“The trend of companies staying private longer contributes to venture capital’s increased role as a vehicle for wealth creation,” said Brian. “I view Chestnut Street as a smart approach for accredited investors to gain exposure to venture investments.”

Brian was raised in Silicon Valley as the region was evolving into a high tech epicenter. Family friends and neighbors began landing jobs at leading tech firms like IBM, Tandem Computers, and Advanced Micro Devices.

“Apple Computer was formed one town over from where I grew up, and my sister worked there during the debut of the original Mac,” said Brian. “This early exposure spurred a life-long interest in innovation.”

With an engineering degree from the University of Southern California and experience in the tech sector, Brian enrolled in the Wharton School and began a career in VC on both coasts. He accepted positions at GE Capital, The Capital Trust Group, and Bain & Co., as well as a Managing Director role for the Peacock Fund, NBC Universal’s VC arm.

Most recently, Brian worked as Managing Director for New York Ventures, the VC investment arm of the State of New York. His interest in helming Chestnut Street Ventures was driven by his work with previous fund MP Gail Ball (BS’79), who will continue leading Alumni Ventures Group’s Social Impact Fund and Women’s Fund.

“My interest was driven initially by a connection with Gail to discuss sharing deal flow between Chestnut Street and New York Ventures,” said Brian. “Later, I reconnected with AVG when I was looking to rejoin the private sector.”

Ball said that Brian is a great example of the many engagement resources available to those who join the Chestnut Street Ventures community, the largest by number among all AVG funds.

“Counting Brian in the extensive network of ambassadors we’ve built is an example of our deep connection to the vibrant New York City venture scene, as well as how we connect to large centers of Penn alumni active in the entrepreneurship ecosystem,” Ball added.

Brian is excited to build a diverse portfolio for Chestnut Street Fund 3. He plans on pursuing opportunities across all industries, though he’s particularly interested in startups pioneering advancements in 5G mobile infrastructure, cloud computing, and IoT.

“Venture investing is becoming an even more important asset class as innovation drives a significant portion of the economic growth in the U.S.,” said Brian. “I am intrigued by the opportunity for technology to disrupt new sectors of the economy such as agriculture, manufacturing, and the public sector.”

Q&A with the MP

Three ideas that have always stuck with me during my career are the importance of the strong customer demand for the product/solution, the potential to identify a large market of customers who share that demand, and a management team that understands how to reach those customers. Other elements are also critical to a successful business, but I find those three items tend to set the foundation.

Which resources or sources of inspiration are most useful to you on a regular basis?

I have developed a list on Twitter of prominent investors and thought leaders in the venture community who publish their ideas regularly and share links to their work. The list includes well known VCs such as Fred Wilson and Brad Feld, but also some newer names such as David Beisel at Nextview Ventures, a seed stage firm in Boston.

I am an active person. I work out regularly and enjoy a number of recreational sports — skiing, golf and tennis. I live in Greenwich, Connecticut with my wife and two teenage daughters. My wife and I met in Philadelphia while we were both MBA students which helps reinforce my positive connection to the Penn community.

We are pleased to welcome David Cynn as Managing Partner of Triphammer Ventures, Alumni Ventures’...

We are pleased to welcome Brook Stroud as Senior Associate for Congress Avenue Ventures, Alumni...