Using Data Science to Create A Different Standard for Creditworthiness

How Deserve uses machine learning to extend credit based on potential

After 9/11, the Department of Homeland Security (DHS) issued a policy change stating that social security numbers would no longer be issued to incoming foreign students. According to Deserve founder Kalpesh Kapadia, this eliminated the ability of thousands of students to establish credit.

“If you do not have a Social Security number,” Kapadia says, “you do not exist in the system until you get a job. You’re sort of credit invisible.” 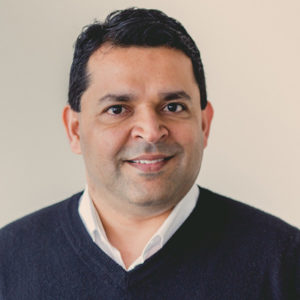 A credit score is more than just a number; within the modern financial system, it can make or break your future. Kapadia discovered this firsthand when he studied in the US as an international student. Though he came from a financially stable background, he had no access to traditional credit products and was unable to build a credit history in the same way as his American classmates.

This spurred Kapadia into action. He set out to change a system that he believed largely dismissed young people and anyone who doesn’t have a traditional credit history. Kapadia began using data science to create a new type of credit score based on a person’s potential. Kapadia coupled that information with the ability to pay bills and stability of identity to create a different standard for creditworthiness.

Banks were interested in this early concept, but none would buy into it. So in 2013, Kapadia launched his own credit card company, Deserve. Formerly known as SelfScore, Deserve is now thriving and partnering with some of the biggest names in the financial industry.

From Students to Sallie Mae

“Our mission is to provide access to fair credit to deserving but underserved populations,” Kapadia told TechCrunch. “Most of these kids do not have credit history. They cannot get credit cards without having credit scores.”

Now, because of their technology-first approach to creating a credit card, Deserve has a scalable, world-class credit card technology platform that has caught the eye of many who want to launch their own credit card, namely large financial institutions and upstart FinTechs. This led the company to offer full-service, turnkey branded and affinity card programs, as well as a white label Platform-as-a-Service offering tailored for institutional customers like Sallie Mae Bank.

Deserve is now extending credit to underserved populations and also teaching people how to use credit responsibly—which helps them build a solid traditional credit score as well.

The Deserve Edu card remains the company’s flagship offering, and has been recognized as the best student credit card by Time/Money Magazine, Business Insider, and Nerdwallet. Deserve was also recently named one of Fast Company’s 2019 Most Innovative Companies in the AI category, and one of American Banker’s 50 Best Fintechs to Work For.

Alumni Ventures Group has participated in multiple rounds of funding for Deserve alongside leading firms like Aspect Ventures, Accel, and Goldman Sachs PSI. Established VCs aim to put more capital behind their strongest companies, and our powerful network means that we have many excellent deals to choose from. Deserve is an industry stand-out that addresses a pressing need in a growing sector and we’re excited to be part of their journey as they continue to build on their success.