Cast in a New Role

Castor Ventures expands its team with an experienced Senior Associate 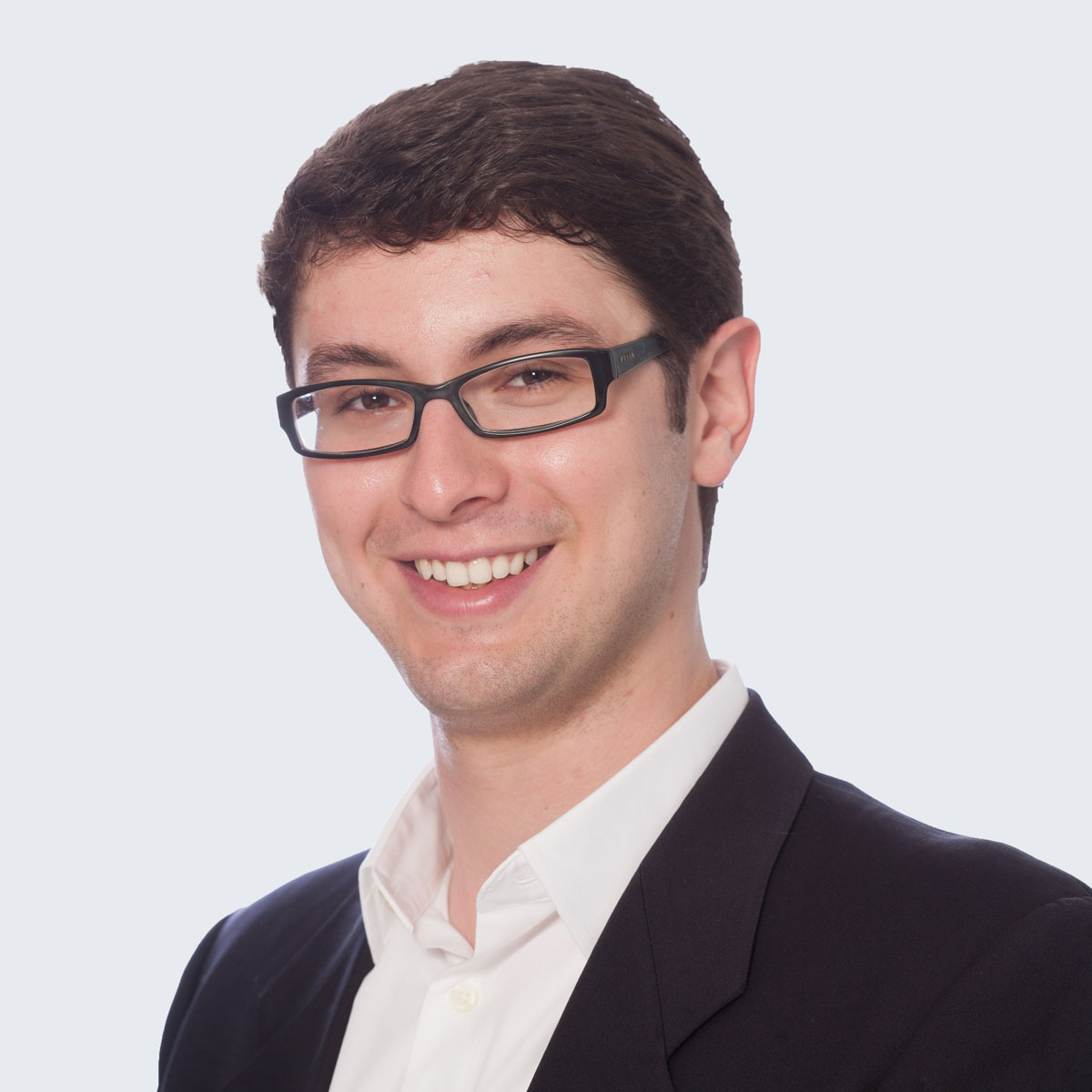 We are pleased to welcome Isaac Schlecht (MBA’19) as Senior Associate for Castor Ventures, Alumni Ventures Group’s fund for MIT alums. He brings an extensive investment background and enthusiasm for Alumni Ventures Group’s venture strategy to this new role. We recently had a chance to catch up with Isaac on his wide-ranging industry experience, as well as his background in theatre, love of sci-fi, and passion for game design.

What’s your connection to MIT?

Tell us about your investment background. What roles did you hold prior to becoming Senior Associate of Castor Ventures?

I began my career at Samson Capital Advisors (now Fiera Capital), which managed over $7B in high grade fixed income and currency investments. At Samson, I developed the firm’s first approach to impact investing: then an untested niche, now a mainstream offering at Fiera and most institutional managers. I also co-developed with Iraj Kani a proprietary investment strategy focused on fixed income closed-end funds which achieved substantial success and continues to operate today.

In 2014, I joined Catalyst Investors, where my role was threefold: supporting the raise of the firm’s $377M fourth fund; monitoring and valuing the portfolio quarterly, including work on liquidity and value-creation; and contributing to the firm’s investment efforts through research, sourcing, and diligence across SaaS, wireless infrastructure (towers & spectrum), and clean tech (particularly commercial and industrial solar). In 2016, I also became a CFA charterholder.

In 2017, I returned to school for my MBA at MIT-Sloan. I led the highly-regarded VC & Innovation Conference in 2018 and served as VP of Content for the Investment Management Club. I founded Buttonwood Gaming, a startup game design studio based in Cambridge developing an economic simulation game that received funding from MIT’s Education Ignite Fund. I also served as an investment consultant to Tiger Global, performing deep research and diligence on key prospects and investments.

What sparked your interest in venture investing and working for Castor Ventures?

I’ve always been fascinated by history and technology. Like Paul Krugman, I was intrigued by the psychohistorians of Isaac Asimov’s Foundation series. If there were a way to understand the past and use that knowledge to predict and influence the future, that’s what I wanted to do!

Investing offered an opportunity to do well by doing good: generating value by aligning the interests of principals and agents, establishing a metaphorical chain of trust linking LP to investor to entrepreneur. The resulting spillover benefits from this process are most evident in venture capital, where cutting-edge technologies have the potential to improve quality of life and expand opportunity worldwide. Venture investing offered me the privileged opportunity to make a positive financial and social impact, coupled with the intellectual satisfaction of working with brilliant colleagues and visionary entrepreneurs.

I first encountered AVG during my time at Catalyst. I met Erin McCafferty through work with the fund’s investor advisory committee. In 2018, I hosted Laura Rippy, Cainon Coates, and Alain Hanover at MIT’s Samberg Center for the MIT VC & Innovation Conference. Meeting Castor Managing Partner Chris Sklarin and keeping in touch with the team through my second year at Sloan, I became increasingly intrigued by AVG’s truly unique model of venture investing as the company continued to scale across strategies and schools.

For years, I had been irked by the exclusiveness of venture as an asset class, which culturally permeates through a Silicon Valley; it bears an increasing resemblance to comedy, rather than the heroism most entrepreneurs imagine. In my work for Tiger Global, I increasingly valued the pursuit of diversification through independent alpha, where a portfolio of uniquely-sourced ideas is inevitably superior to a single concentrated bet. I joined Castor this year to continue building on my top-notch relationships with innovators and entrepreneurs in the MIT and Boston ecosystems.

Which trends are you most excited about in venture investing?

I’m most excited by AVG’s unique mandate and deep network which span stage and sector. The entrepreneurial community at MIT- both on and off-campus – is particularly vibrant, and I look forward to engaging with entrepreneurs dedicated to outsized impact across a variety of verticals within technology and tech-enabled services.

Some of the most fascinating disruptive technologies I’ve seen (i) leverage AI and machine learning to improve business processes, (ii) make use of “Web 3.0” or distributed approaches to computing to ensure privacy and combat exploitative monopoly, or (iii) are positioned to capitalize on the global rollout of 5G connectivity that will allow the internet of things (IoT) to truly come into its own, enabling an entirely new generation of connected devices and homes.

Humility. Unlike the world of sci-fi, no one can actually predict the future. As soon as you think you know something, you don’t. Some of the smartest people I’ve ever met are also the humblest, and assuming the answer to a question is often the best way to ensure you never get a chance at the true answer. The best way to learn is to thoughtfully engage, having done your homework (on a company, sector, entrepreneur, etc.) in advance, but remaining malleable to new information. Sectors for investment, along with the companies within them, continually rotate in and out of favor. In the absence of a crystal ball, the investor’s best friend is an open mind and the self-awareness to engage with both insight and respect.

Serendipity. Being humble is only half of the equation – having an open mind is the other. Everyone you come into contact with has something to offer. The fun part of meeting new people is discovering what you each can share, even if no one knows what it is at first. Making the connection, hearing the story, and adding value well in advance of a material “ask” demonstrates the respect intrinsic to building lasting relationships. Being open to new ideas and methods in and outside of work is a choice, but one I know has returned dividends through my career.

Efficiency. In order to be open to serendipitous ideas and connections, it’s essential to have free bandwidth by managing time and work efficiently. Pareto’s 80-20 concept (that 80% of impact comes from 20% of effort) is incredibly powerful, and counsels us to work smarter as well as harder. Sloan emphasizes the framework of system dynamics, which formalizes these patterns as positive and negative feedback loops that can spell success or failure, both personal and organizational.

For daily news and alerts, I follow Axios, Fortune, SeekingAlpha, and Bloomberg. For local news, I recommend The Boston Globe, Bostinno Beat, and VentureFizz. For general news, the stalwarts remain: The New York Times, The Wall Street Journal, and The Economist. For tech-specific news, I follow TechCrunch, VentureBeat, and the MIT Tech Review. For inspiration and imagination, I turn to sci-fi and fantasy. Favorites include Canticle for Leibowitz, Hero with a Thousand Faces, and Lord of the Rings.

Before I began my career in finance, I acted, directed, and produced high school and community theater including A Funny Thing Happened on the Way to the Forum, The Guys, and The Newark One-Act Play Festival. In 2008, I won the Delaware Shakespeare Competition and performed in the National Competition at Lincoln Center. My love of theater evolved into a passion for politics, where I worked on two successful political campaigns before and after the 2008 election: Jack Markell (Delaware Governor from 2008-2016) and Obama-Biden.

In my free time, I enjoy walking along and sailing on the Charles, exploring local history in Boston and farther afield in New England, antiquing, and both cooking and dining out. I collect books, clean old coins, and organize local tabletop gaming nights in Cambridge where we play Dungeons & Dragons, Settlers of Catan, new prototypes, and more!