We're sharing some highlights from our conversation with Dr. David Sinclair, one of the world’s leading experts on longevity and healthy aging. 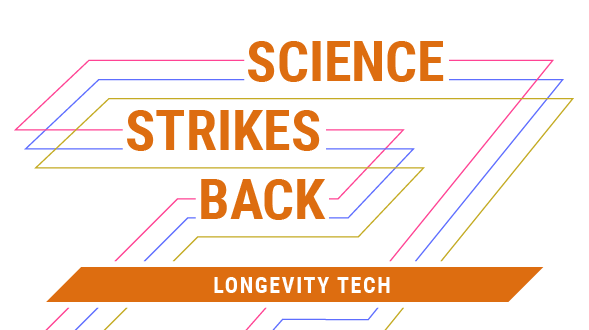 As part of our Deep Tech Fund webinar series, we recently conducted a webinar with Dr. David Sinclair, one of the world’s leading experts on longevity and healthy aging. Dr. Sinclair is a Professor in the Department of Genetics at Harvard and Co-Director of the Center of Aging at Harvard Medical School in the Sinclair lab. He’s also the author of Lifespan: Why We Age, and Why We Don’t Have To.

What follows are some highlights from our conversation. You can access the complete webinar here.

Aging is a disease

We’ve been very good at classifying diseases of old age, but the very definition of disease is a process that leads to loss of function and a decline in health. This is exactly what aging is—there’s no better definition of a disease. The reason that we, as a society, have been hesitant to call aging a disease is the fact that it happens to more than 50% of the population and, therefore, we’ve regarded it as a natural process. But we used to say that about cancer, heart disease, because we couldn’t do anything about it.

Why longevity studies are important

The goal…is not to make people live forever, and it’s certainly not about keeping people older for longer. The goal here is to not have to worry about diseases when you’re 80, or even 90, and allow people to remain productive members of society. Even if we cured all cancers today, we would, on average, only live another couple of years. Whereas, if we were able to retard aging, it would probably be a lot more than that.

It’s not just important for the person or the family involved, it’s important for economic reasons….For the first time in probably human history, the number of older people aged 65 and older, as a percentage of the global population, now outnumber the number of babies less than five. And that’s just going to continue and really slow down economic growth, if not turn it backwards.

I’m really doing this as a way to try and change the world and get ready for what I see as a huge problem for the planet. If we can save the money on sick care, we can actually do health care, then this money will be freed up for other things.

Where we’re at with longevity tech

For 20 years, [we’ve] been very successful in extending the life and the health of simple organisms and even mice. But now we’re at the stage where we want to translate this into medicines. It sounds crazy that we can reverse aging but, actually, we’ve known that this is possible since the 1970s, arguably earlier than that. If you take a nucleus containing the genetic material from an adult organism and put it into an egg, you can actually restart that cell and produce a new organism; this was nuclear cloning. And then, of course, we have Dolly and we also have what’s called cellular reprogramming; I could take some skin cells from any of you and convert them into pluripotent stem cells. In fact, it’s so simple a high school student could do it.

We also see other organisms, what are called cnidarians, can seemingly be immortal. You cut it, it regrows, or you can do this for the limb of a salamander. Actually, our bodies can also regenerate organs such as the liver. So, these are things that point to the possibility of true age reversal, but we don’t want to have to become a stem cell or cut pieces off to try and reverse aging. But, we think we’ve had a breakthrough now that points in a direction that it might be possible, perhaps, within the next few years to even do this in some tissues in people.

It’s not so much the loss of the genetic material that is leading to aging, which is one idea you might have heard of; mutations drive aging. What we find…[is] that the genetic material is, surprisingly, intact as we get older. I’m going to show evidence that the packaging is what goes wrong as we get older and our cells lose their identity so that a nerve cell, which is nice and functional in the back of our eye when we’re young, eventually starts to lose its ability to act like a nerve cell, a neuron. But, if I’m correct about this, it should be possible to reset the switch and repackage the DNA as it was when we were young, and that would be one way to reverse the aging process.

The first therapy that we are going to aim for in humans is to reverse vision loss in glaucoma patients. So we did an experiment in collaboration with the lab led by Zhigang. And his model system is to take either a young and old mouse—we’ve done young and old mice in this case. And we thought, “Maybe we could make those nerves so young that they would grow back, this was a first experiment.” Three weeks after turning on three genes after the viral gene therapy, this mouse can now see again. And, if we measure its vision, it can see just as well as it did when it was young. We can look at the age of those cells, and they have been rejuvenated.

It’s a pretty exciting time in this field. We’ve been reasonably good at slowing down aging but, finally, I think we have a path towards resetting the clock.

What the future holds

Now that we have an idea of how we can address aging with medicine, we should start thinking about defining aging as a treatable condition. And the World Health Organization has…finally declared aging as a medical condition, so you can be, in theory, treated for that.

Imagine, one day, you’ll go to your doctor and you’ll get an age test. And, if you’re over a certain age, you’ll be put on a medicine that will either slow or reverse what’s going on in your body.

There’s also another good reason for declaring aging a disease and that is that, because we regard it as inevitable and natural, there’s not a lot of focus on it. But I think that’s going to change, both in research and in industry.

I think over the next 10 years, there are going to be drugs that can slow down aging—there’s really no question in my mind. There’s just so many people working on this, in academia, industry, and pharmaceutical companies.

I don’t see any technology that’s going to make us immortal; that’s beyond anything that I can imagine. But then, if you flip the coin and say, “Well, why not?” it’s actually hard to say that it’s impossible. So I’m somewhere in between. I think that it’s a long way away for us to live another 100 years. But having another 5, 10 years of healthy life is certainly within the realms of possibility based on the kind of research that I’ve talked about today.

The problem with making these predictions is, it’s not a big field like cancer research, and there’s not billions of dollars put into aging research. But that, I believe, is going to change within the next year or so. I’m aware of some large sums of money being directed towards this kind of research. So what that means is we may have exponential growth and interest in this area. I’m very hopeful that it’s all upward.

AVG’s Deep Tech Fund invests in a venture portfolio of companies on the cutting edge of innovation. Our point of view is that the need has never been higher for scientific thought and innovations tackling hard problems. The fund is now open! Click below to learn more.

Advanced materials cover a range of innovative substances such as semiconductors, ceramics,...

Today, private companies are leading the space race and innovations in space tech are being...

Advances in the study, mapping, and editing of genes are creating opportunities for innovation...