Vertical farming (growing crops in vertically stacked layers within a controlled environment) is an innovative process working to increase the quality and speed of crop production. In addition to providing fresh produce, vertical farming also helps mitigate many environmental factors that can hinder crop development, such as, drought, pests, and extreme weather fluctuations. As the world population is expected to reach 9 billion by 2037 and increase the need for substantial food production, vertical farming has the potential to become even more valuable.

Founded in 2016, Alumni Ventures portfolio company Fifth Season is expanding vertical farming technology to improve the production, transportation, taste, and quality of fresh produce. The company’s modular vertical farming system can create higher-quality and more localized produce compared to traditional farms, while at the same time reducing the production costs that have plagued other vertical farms. 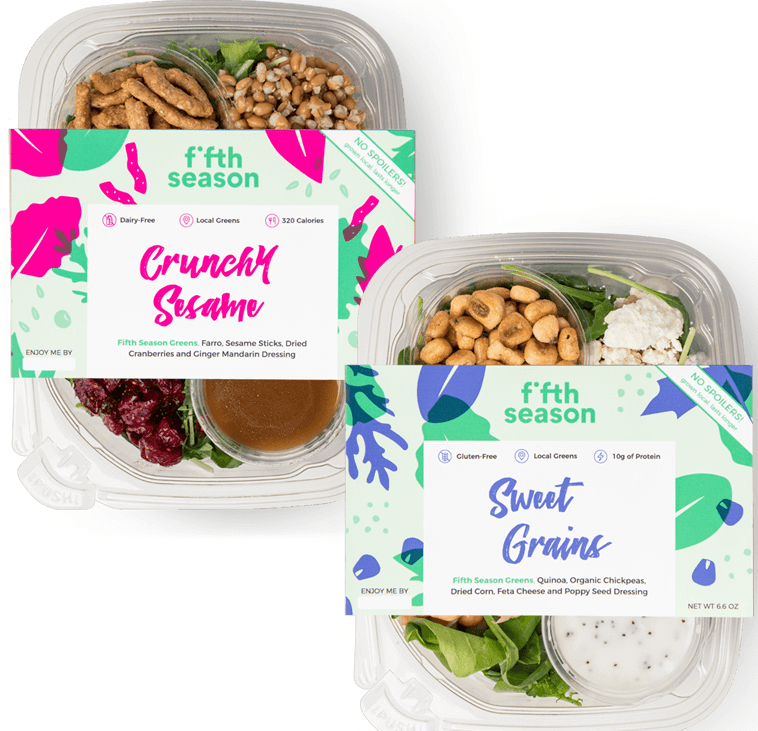 a borough of Pittsburgh. The company’s robotics and AI-driven ecosystem grows fresh greens free of pesticides and additives — all while reducing land use by 97% and water use by 95%. These greens are sold to grocers, restaurants, and consumers in the Pittsburgh area and used in healthy, eco-friendly packaged salads available for order online and in select stores.

Fifth Season improves labor efficiency and optimizes crop output through a data-driven growing environment managed by 40 robots. The farm uses hundreds of sensors to collect data on a plant level to optimize output and run experiments in real time. Fifth Season plans to repeat this model and open many similar facilities across the United States and then roll out internationally.

Built for Success: Fifth Season has the potential to disrupt the agriculture industry by offering local, pesticide-free produce to locations that historically relied on imported products from the West Coast, all while producing at the same costs as traditional farms.

Growth Opportunities: Fifth Season already has plans in place to develop ten more facilities, as well as intentions to grow different products in hopes of revolutionizing “farm to plate” dining. Each facility will take ~3-4 months to build and an estimated ~7 months until full production is reached.

How We Are Involved