EP 48: How Tari Identifies and Improves Your Digital Net Worth

You don’t have to understand blockchain to establish ownership of your digital assets. Tari’s Naveen Jain tells us how. 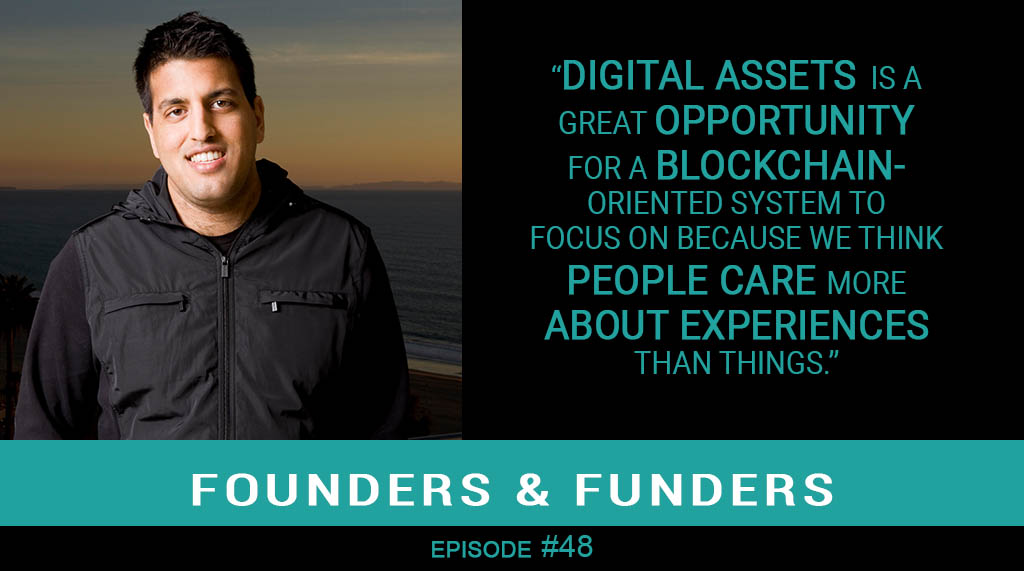 Naveen Jain cut his teeth in the entertainment industry, working with marquee artists like Linkin Park, The Killers, Bon Jovi, Carrie Underwood, Slipknot, Tim McGraw, and Lil Wayne. Having deep live event experience and seeing first-hand the challenges that come with ticketing and the reseller market is foundational to the work he’s doing at Tari.

An event ticket, in Naveen’s opinion, represents more than just admission to a single event. It’s a digital asset in your virtual wallet, something you should be able to prove is yours and leverage for loyalty benefits. A ticket is also something event organizers should be able to track, control (to a degree), and build rules around for better user experiences. And the management of all this should be easy.

Listen to this episode of the Founders & Funders podcast to learn how Naveen and his co-founders are using blockchain technology to build a platform that will manage all manner of digital assets (i.e. tickets, loyalty points, in-game rewards, and more) without forcing the end-user into a world of cryptocurrency.

About Naveen Jain, Co-founder of TARI

Naveen Jain founded the digital agency Sparkart when he was just 19, and he launched his tenure in the entertainment industry by cold calling Linkin Park prior to the release of the band’s best-selling album Hybrid Theory in 2000. Naveen and the Sparkart team ran online marketing efforts for Linkin Park from Hybrid Theory (2000) through Minutes to Midnight (2007), and the team did the same for The Killers, Bon Jovi, Carrie Underwood, Slipknot, Tim McGraw, Lil Wayne, and dozens more.

Jain is also an experienced angel investor, having made 30+ investments. Moreover, he’s a Y Combinator alumnus (Winter 2014) and has deep experience in both ticketing (more than $50M tickets sold) and blockchain (early Monero miner).

Tari is an open source, digital assets-focused blockchain protocol that is being architected as a merge-mined sidechain with Monero. The company is focused on assets such as concert tickets, digital collectibles, loyalty points, in-game rewards, and more, and it plans to help issuers control the assets they distribute and to give consumers a sense of ownership over what they own in a virtual world.