EP 45: An Online Marketplace with the Power to Save the Retail Industry

Ismail Maiyegun and Leandrew Robinson | CTO and CEO of Hingeto

Producing too much of the wrong thing leads to cash problems and shuttered doors. Hingeto connects brands to new retail channels, solving one of the sector’s chief problems. 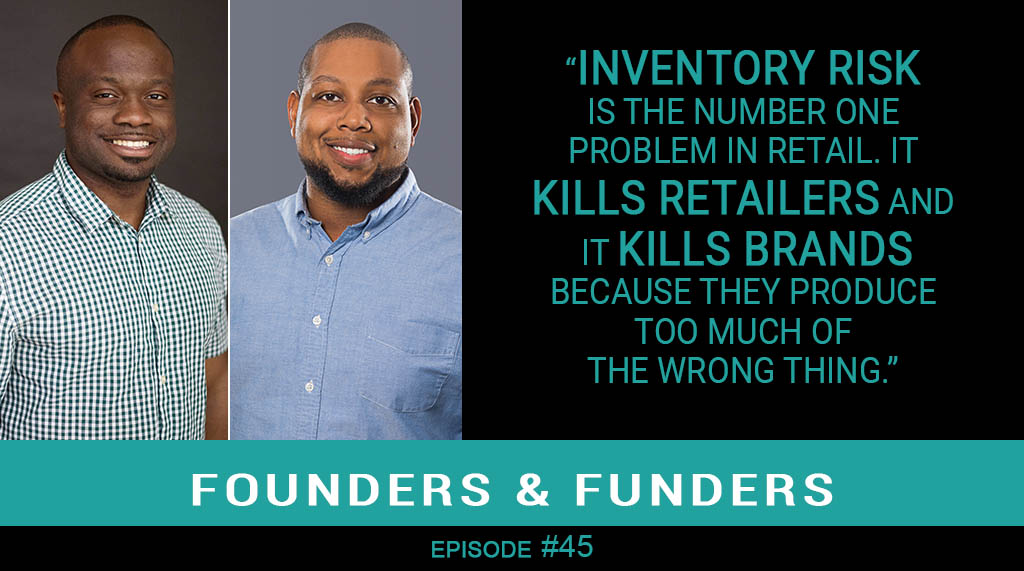 On this episode, we’re talking to the co-founders of Hingeto, a tech company that’s throwing a lifeline to brick-and-mortar retailers and indie merchandisers who struggle to compete with online shopping. Ismail Maiyegun and Leandrew Robinson created a B2B marketplace that gives retailers “superpowers to sell any product in the world,” they say, as well as the ability to get those products on their partner sites quickly.

Maiyegun and Robinson’s idea germinated at Y Combinator, where they started with a plan to help businesses efficiently produce limited runs of inventory. The idea evolved to help entrepreneurs increase distribution instead, and Hingeto has since attracted venture funding from Strawberry Creek Ventures, Kapor Capital, Precursor Ventures, StartX, and other top VCs.

Prior to starting Hingeto, Leandrew was second-in-command at an e-commerce company, where he helped 500 fashion brands generate $500M in revenue. He is a graduate from the University of California, Berkeley.

Prior to Hingeto, Ismail Maiyegun co-founded a gaming company whose titles have been played by millions of people. He remains the company’s chairman. Maiyegun began his professional career as a Software Engineer at a San Francisco-based fintech company before taking the entrepreneurial plunge.

He is a Stanford University graduate, where he majored in Electrical Engineering (BS).

Hingeto is a VC-backed retail tech company that powers marketplace software for more than 14,000 retailers. The Hingeto platform connects inventory to online stores like PacSun.com, an $800M retailer, Marshawn Lynch’s Beastmode, Beautycon.com, Lootcrate.com, and many more.

Hingeto is a portfolio company of Strawberry Creek Ventures, a venture capital fund for Berkeley alums (not affiliated with the university).