EP 44: Why Deserve’s Founder Believes That Creditworthiness Should Be Based on Potential

When banks wouldn’t bite on Kalpesh Kapadia’s new credit-scoring system, he started his own company to prove that a person’s potential is a better indicator of risk than having an outdated (or inaccessible) credit score. 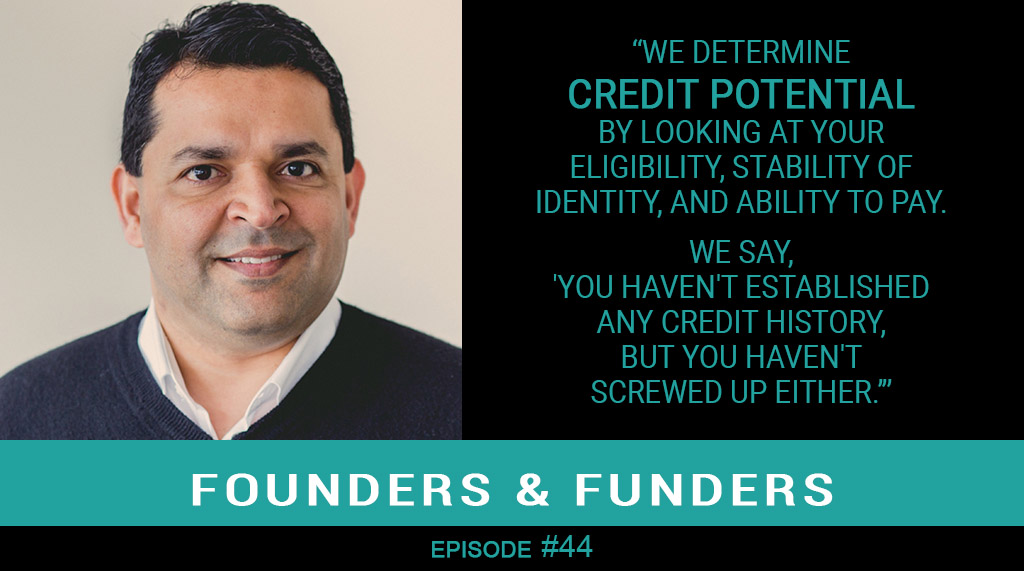 After 9/11, the Department of Homeland Security (DHS) issued a policy change stating that social security numbers would no longer be issued to incoming foreign students. This, according to Deserve founder Kalpesh Kapadia, had the adverse effect of eliminating the ability of thousands of students to establish credit.

“If you do not have a Social Security number,” Kapadia says, “you do not exist in the system until you get a job. You’re sort of credit invisible.”

Kapadia had trouble himself establishing credit in the U.S., and he knew that more students were entering the country than ever before to continue their education. So he began using data science to create a new credit score based on a person’s potential. In his view, foreign students attending the best schools in the country had already been vetted, to an extent, by the universities who admitted them. Kapadia coupled that information with the ability to pay bills and stability of identity (e.g. employing the same cellphone number for several years) to create a different standard for creditworthiness.

Banks were interested in this early concept, but none would buy it. So in 2013, Kapadia launched his own credit card company. That company—Deserve—is now thriving, having partnered with some of the biggest names in the financial industry.

Listen to this podcast to learn more about how Deserve is extending credit to underserved populations and teaching people how to use credit responsibly—which also helps them build a solid traditional credit score. And don’t forget to subscribe to Founders & Funders on iTunes, TuneIn, Stitcher, Google Play, iHeartRADIO, and Android.