Rob Bibow, a fourth generation Columbia grad, is helping fellow alums invest in an asset class that has long been inaccessible to even the most sophisticated investors. 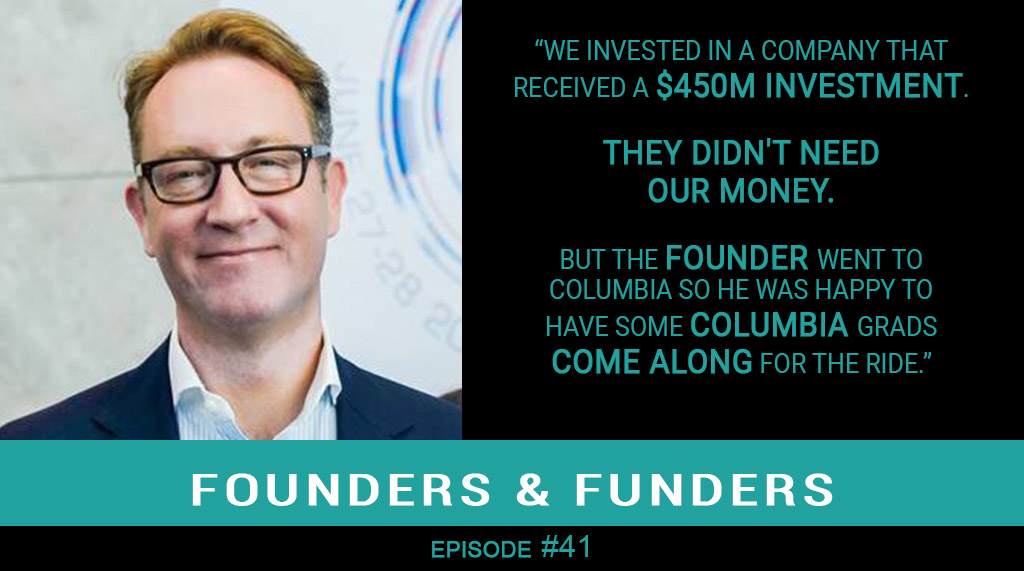 Rob Bibow (CBS ’96), Managing Partner at Fission Ventures, is a fourth generation graduate of Columbia University. His family’s story there dates back to the 1890s, when his great-grandfather graduated from its law school. It continues now as Bibow invests in promising companies with connections to the storied Upper Manhattan institution.

Bibow appeared on Founders & Funders to discuss why, after more than 30 years of finance experience, he’s excited to helm this particular fund that makes venture capital accessible to his fellow grads.

“Venture capital focuses on the future. My children aren’t going to sit on a corner waiting for a taxi ever again—they’re going to press a few buttons or speak and the taxi will come to them. And soon that taxi will be driven by a machine. I’m thrilled to be in a position to invest in technologies—many with Columbia connections—that will literally change the world.”

“AVG is disrupting and disintermediating the asset management world. We give investors access to products that they’ve never been able to access before.”

Listen to this podcast to learn more about Rob’s background and what he has planned for Fission Ventures. And don’t forget to subscribe to Founders & Funders on iTunes, TuneIn, Stitcher, Google Play, iHeartRADIO, and Android.

AVG's Basecamp Fund Managing Partners introduce themselves and discuss their approach to sourcing...