EP 37: Former College Kicker Tees Up the Future of Corporate Training with VR

Derek Belch, founder and CEO of STRIVR, started out simply helping athletes improve performance through the use of virtual reality. Now the company is using VR to improve preparation that leads to better performance, regardless of the job. 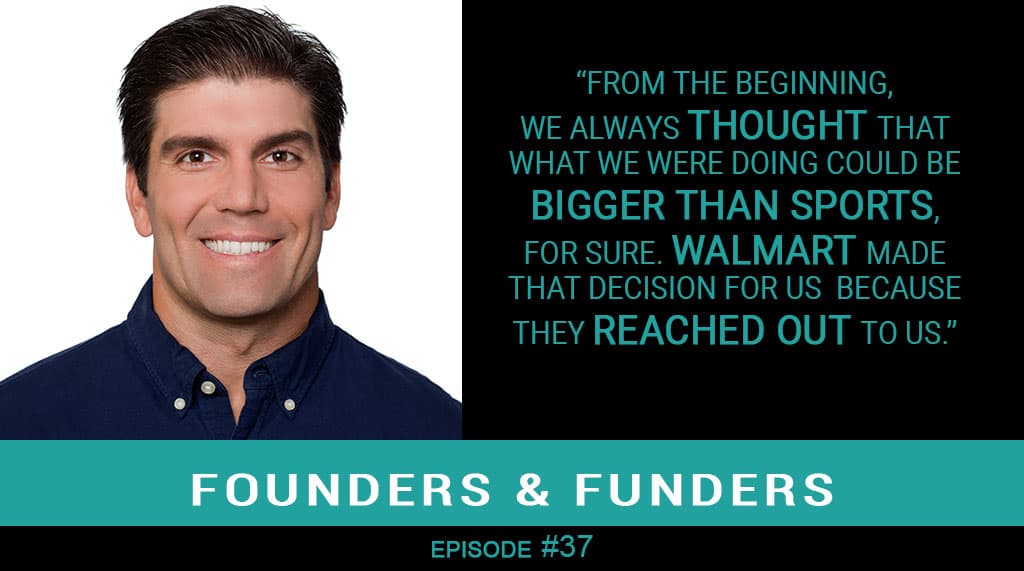 Though Derek Belch says luck played a role in helping STRIVR become the business it is today, it’s clear that science and study played an even bigger part.

While a graduate assistant and football coach at Stanford University, Belch started working on his Master’s thesis with Jeremy Bailenson, a professor who runs the virtual reality (VR) lab at the school. Belch hoped to find a way to train football players using VR. He says, “The project was very successful academically. It was so successful, I had to decide if I wanted to keep coaching or take the idea and go back to the business world.” As luck would have it, the Stanford head coach made that decision for him.

Belch explains, “David Shaw, the head coach at Stanford, sat me down…and said, ‘You’re too smart to be here anyway. This is really cool and this could change football forever—and you have a one year head start over everybody else. If I were you, I would leave and go start a company.’ Then he even offered to give us some money to get off the ground.”

So off Belch went, quickly developing relationships and introducing VR training to several college and pro football teams, including the Arkansas Razorbacks located just down the road from the Walmart headquarters in Bentonville, AR. That’s when STRIVR’s luck really changed.

“From the beginning, we always thought that what we were doing could be bigger than sports. Walmart made that decision for us because they reached out to us,” says Belch. He continues, “That was a very ‘Aha!’ moment, that not only could this apply outside of sports…but if you just look at the market size and we put our business hat on for a second—some of the companies that we are working with are handing us more money than all the sports teams combined.”

Though luck may have played a role in that success, Belch had a solid scientific basis behind what he’s selling. After studying all the brain science behind VR, he came to the conclusion that when someone puts on a virtual reality headset, his or her brain thinks the experience is real. In his words, “The science says that whatever you are doing in VR, you are treating, at least mentally, like it’s the real world. Right out of the gate this is better than PowerPoint, a video, a lecture….And the brain science says it’s better as far as attention, engagement, recall, all that stuff.”

Belch explains that they have further proven the theory with results. “We have run a lot of studies, formally and informally with our customers. We are seeing where retention over a 10-minute virtual simulation is almost the same, on average, as a three-hour lecture on the topic or flying someone to a remote job site to teach them what they would see.”

To learn more about how STRIVR is onboarding employees with a fraction of the time and money typically spent on training, plus to hear more about how this former college player transitioned to venture-backed founder, listen to this episode of Founders & Funders by Alumni Ventures Group.

Alumni Ventures Group portfolio company, Chooch, is taking visual AI to a new level with an...

Enable's enterprise platform allows both manufacturers and distributors to more quickly and...