Andy Palmer has oscillated between investing in and operating startups for many years. Now he plans to dedicate the rest of his career to Tamr. Palmer appeared on Founders & Funders to tell us why. 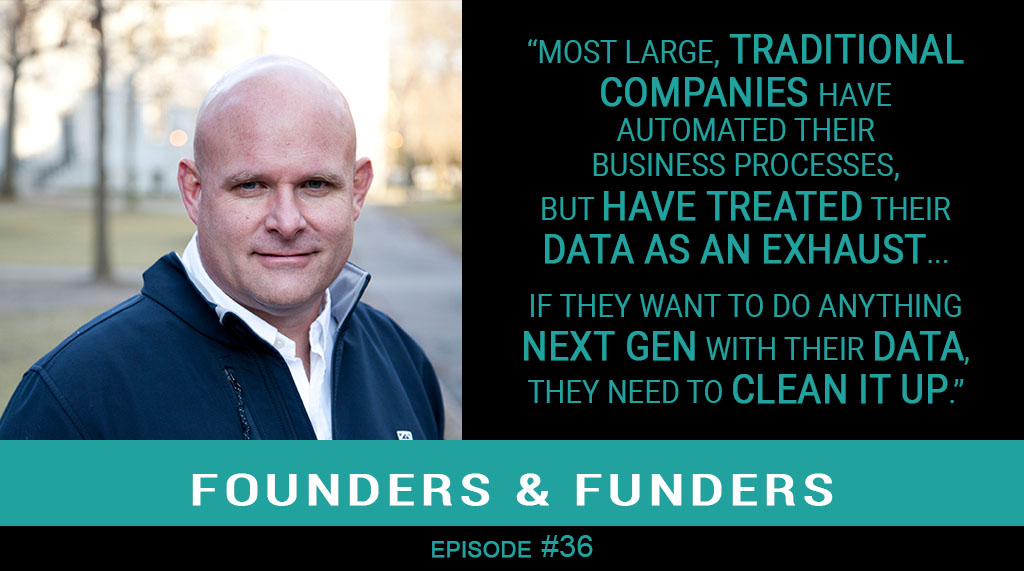 Employees of large organizations know too well the pain of working on multiple systems—each with its own database.

A typical scenario: The enterprise sales team is using a legacy CRM, the small business folks love their spreadsheets, and the account managers lean on a rogue system of their own. If that’s not enough, their company is rumored to be merging with another organization that has myriad datasets as well.

Disconnected data is costly and operationally inefficient, and it prohibits businesses from being able to compete with larger enterprises such as Amazon or Walmart. Fortunately there’s a solution: Tamr. The company—which has offices in Boston, London, and San Francisco—helps some of the largest companies in the world integrate data from across disparate data silos in their organizations.

Palmer and his team like to say that Tamr is “machine-driven, human-guided data curation.”

Palmer adds, “I’ve gone back and forth in my career doing startups as an operator versus investing, and I’ve decided to spend the remaining 10 to 15 years building Tamr into as big and independent of a company as I possibly can.”

Listen to this episode to learn more about Palmer’s vision for Tamr, why he thinks female entrepreneurs have been “radically underinvested in,” and what he thinks about the apparent rivalry between the Silicon Valley and Boston VC ecosystems. And don’t forget to subscribe to Founders & Funders on iTunes, TuneIn, Stitcher, Google Play, iHeartRADIO, and Android.

Alumni Ventures Group portfolio company, Chooch, is taking visual AI to a new level with an...

Enable's enterprise platform allows both manufacturers and distributors to more quickly and...