EP 12: How an MIT Grad Is Using Old Science to Build Futuristic Technology

His product has been compared to a sci-fi device, but the founder of Consumer Physics says the technology he’s using has been around for years. Now he’s using VC to make it accessible to everyone. (Listen) 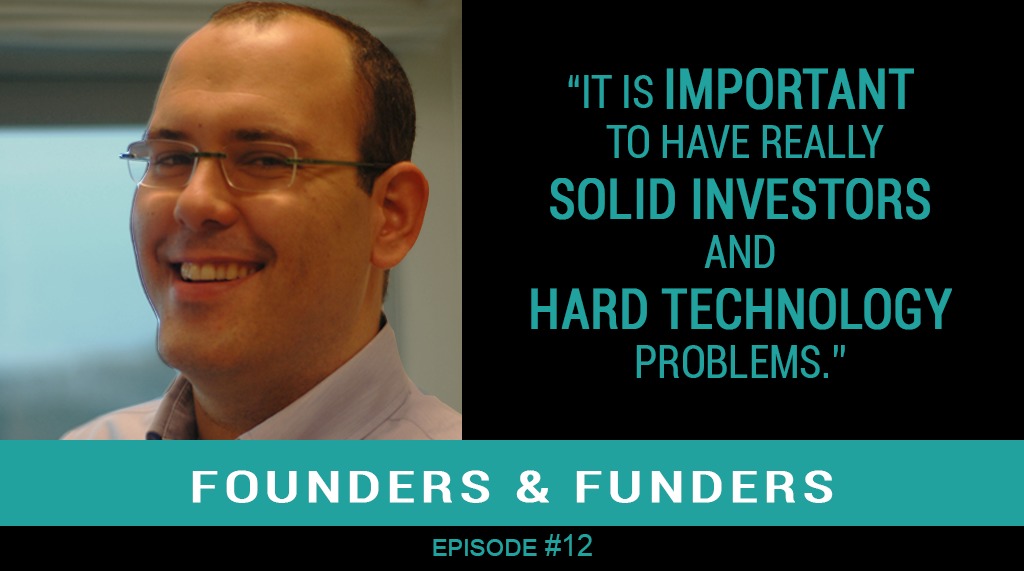 Episode Summary: Though the product Dror Sharon developed is so innovative that it has been compared to the tricorder on Star Trek, this former farm boy says the underlying technology has been around for at least half a century — Sharon even studied it at MIT years ago. He calls his new gadget the SCiO pocket molecular sensor and, using the science of spectroscopy, this miniature, portable spectrometer can detect an object’s molecular fingerprint in 10 seconds or less.

Fortunately, you don’t have to understand spectroscopy or be a Trekkie to enjoy hearing the story of how this Consumer Physics founder combined an MIT education with his childhood experiences to develop an award-winning company that is just beginning to realize its potential.

Dror Sharon has extensive experience in business leadership positions in VC-backed hardware and optics startups and as an early stage technology investor. Prior to co-founding Consumer Physics, Dror was the VP of Business Development at ColorChip, Director of Sales & Marketing at the OmniGuide, and an associate at Gemini Israel Funds, Israel’s leading seed and early stage venture capital firm.

Dror holds an MBA from The MIT Sloan School and a BSc in Electrical Engineering from the Technion Institute.

In addition to hearing a great founder story, we are talking to Dror because his company is a Castor Ventures (CV) portfolio company. CV is a venture capital fund serving MIT alumni investors and entrepreneurs — all under the Alumni Ventures Group (AVG) umbrella. Castor Ventures is private, for-profit, and not affiliated with MIT.

When Dror enrolled in MIT, he intended to focus on operational strategy, an area in which he already had experience. But getting exposed to technology entrepreneurship, taking a class in commercializing technology, and spending a summer at McKinsey & Company inspired this former farm boy to switch fields. While digging into the “amazing entrepreneurial community” at MIT, Dror quickly got recruited to work at the first of three tech startups now listed on his resume.

Dror says that many of the lessons he learned at MIT—particularly those gleaned in entrepreneurial classes—continue to shape his career, and they’re foundational to the business he co-founded with former Technion classmate Damian Goldring: Consumer Physics. Their flagship product is a consumer version of a sensing platform called a “spectrophotometer.” The device, which is roughly the size of a garage remote control, uses light to analyze the chemical properties of materials.

According to Dror, the science of spectroscopy has been around for years. His team is simply bringing the technology to consumers in a small, affordable, smartphone-operated, cloud-connected device called the SCiO.

As you listen to this podcast, you will learn more about the SCiO, understand how Castor Ventures is helping the company grow, and hear the following insights from Dror:

The idea to create a consumer spectroscopy device came out of Dror’s desire to buy quality produce. He wanted an easy way to select fruit at his local store that would be on par with the apples sold at out-of-town grocers. That’s how the research and development that ultimately led to SCiO began. The problems the device now solves, however, have evolved significantly since then. Dror and his team recently partnered with one of the largest agriculture companies in the world to create a pocket-sized spectrometer that transforms feed analysis, helping dairy producers cut costs and increase operational efficiency.

2. Lean on what you’ve learned and what you know

When Dror started Consumer Physics, he pulled out a binder from a class in sensor technologies he had taken at MIT to refresh his memory on how spectroscopy worked and what types of sensors and semiconductors were available. He also leaned heavily on what he had learned in an MIT class on how to commercialize technology. It was his upbringing on a farm, however, that helped him to connect with customers. Dror says he can relate to business owners in the agricultural space because he knows “the content of the conversations around the Friday night dinner table” when they discuss whether to get the next tractor or go on vacation.

3. Don’t be afraid to build technology

Many people told Dror he shouldn’t start a tech company. They said it would be too costly and that he should just build an app or start a software company instead. But Dror believes there is a “renaissance of going after hard technology problems that require a lot of capital.” Having worked at multiple tech startups, he knows success is possible if you have solid investors and conviction in your idea. Though he admits “it’s a fine line between being crazy and having conviction,” you absolutely must believe in what you’re doing if you’re going to launch a company because people will advise against it.

If you don’t have an idea worth pursuing yet, Dror offers advice on that too. He believes that if you are educated and willing to try new things, you can train yourself to look for problems that need to be solved. And when you find the one that gnaws at you—like the genesis of the SCiO did for Dror—then be prepared to go all in and potentially reshape the world.

If you are a former MIT grad and want to invest in products like SCiO, or you want to learn more about how MIT alumni are investing together, sign up for the Castor Ventures fund newsletter. You may also be interested in the Alumni Ventures Group newsletter, where we share information about all of the alumni and focused funds at the company.

Want to Set up a Meeting? Contact the Castor Ventures deal team by reaching out to Chris Sklarin, the fund’s Managing Partner, or Cainon Coates, the fund’s Principal.

Founders and Funders is a podcast where we discuss how entrepreneurs and investors work together to build great companies. Our guests — many of whom are connected with AVG as entrepreneurs, investors, managing partners, fellows, and more — are invited here to talk about the journey of building companies from incubation to early stage investing and beyond.

How Green D Ventures Became a Value-Add Investor in Hyprsense

COO and Co-Founder of Hyprsense discusses the company's recent acquisition by Epic Games and...

We’re pleased to introduce you to one of AVG’s first investments in the Anti-Bias Fund....

On December 1, 2020, Waterman Ventures hosted a virtual conference with Brown alumni and friends...