EP 49: Why Robots Can’t (And Shouldn’t!) Be Fully Autonomous

From aerospace to factory floors, David Mindell is bringing precision navigation and “interconnectedness” to the world of robotics. 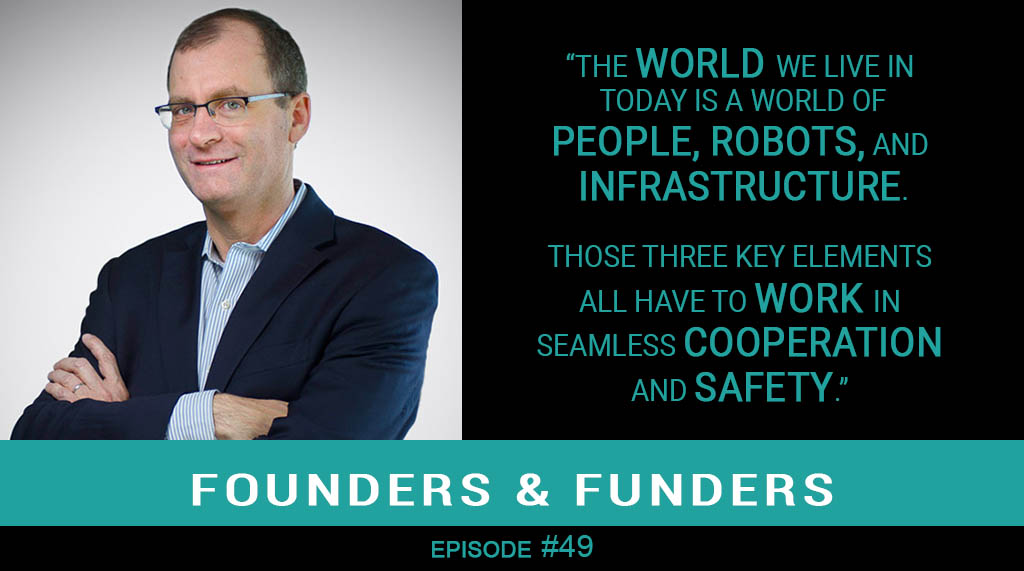 Does the idea of riding in a fully-autonomous vehicle concern you? According to David Mindell, CEO and Co-founder of Humatics, it should. It doesn’t make sense, he says, for a robot of any type to be independent of its environment. That’s why Mindell and his team at Humatics are revolutionizing how people and machines locate, navigate, and collaborate in what he calls “situated autonomy.”

“Systems are autonomous for various periods, but the autonomy is always embedded in this larger human system,” Mindell says. “Even your Google car has a big red stop button in it or you’re going to have to tell it where to go, and you have to change that route if you want to stop for a quart of milk on the way home. That immediately puts you into interaction with it. Only by considering this interaction, or the ‘connectedness’ of robotics to humans and the environment, will we truly be able to enjoy the benefits of this future technology.”

Improving robotic vehicles, trains, and aircraft are just a few of the many ways that Humatics is driving the future. Microlocation, Mindell says, is the future of accuracy, safety, and efficiency in all human- and user-centered solutions.

Two key quotes from this episode:

On GPS versus microlocation: “Every time you look down at your phone and you see that big blue circle, that is anywhere from 3 to 80 meters of uncertainty. Imagine if you knew where you were down to the centimeter, and before long down to the millimeter and all the things that your phone will then be able to do for you that it doesn’t do today.”

On guiding robots: “Almost every robot spends half its energy and cost figuring out where it is. If you tell any robot where it is, you’ve done half its job. That’s enormous.”

About David Mindell, CEO and Co-founder of Humatics

David co-founded Humatics in 2015 with a mission to revolutionize how people and machines locate, navigate, and collaborate. He is a Professor of Aeronautics and Astronautics at MIT, as well as the Dibner Professor of the History of Engineering and Manufacturing, and Chair of the MIT Task Force on the Work of the Future.

An expert on the relationships between people and autonomous robots, he has participated in more than 25 oceanographic expeditions and developed and licensed spread-spectrum sonar technologies for undersea navigation. He is the author of five books, including “Our Robots, Ourselves: Robotics and the Myths of Autonomy (2015)” and “Digital Apollo: Human and Machine in Spaceflight (2008).”

Humatics is pioneering microlocation technology, offering centimeter- and millimeter-scale positioning that is faster, more precise, and affordable than any existing 3D positioning or location tracking technology on the market. Their breakthrough microlocation system and analytics software comprise the Humatics Spatial Intelligence Platform™ that will revolutionize how people and machines locate, navigate, and collaborate in the connected world.