While venture capitalists employ different strategies and scorecards, the primary goal of every investor is to identify the “next big thing.” A successful portfolio’s write-downs or write-offs can be largely offset by a handful of high-return investments.

According to a recent article from Correlation Ventures, VCs lost money on 51% of capital invested into exiting companies over the last decade. Investors relied on the 4% of portfolio companies that generated a 10X or greater multiple to compensate for these losses. As Fred Wislon, Co-Founder of Union Square Ventures, puts it, “Venture capital returns are highly correlated to a fund’s hit rate. Your big winners will determine your returns.”

The importance of distinguishing and accessing these quality deals is a core tenant of Alumni Ventures Group’s (AVG) due diligence process, which identified Light Field Lab as a high-potential investment. Attracted by the company’s strong lead investors and revolutionary hologram technology, sponsoring team Purple Arch Ventures—AVG’s fund for Northwestern alums—quickly found even more to like.

As Purple Arch Managing Partner David Beazley noted, “The world is increasingly screen-driven, and Light Field Lab has many of the ingredients to be one of the big winners in the future of content consumption. Light Field has an outstanding team, including a founder with extreme conviction, and a big head start in terms of sales funnel and moats around valuable proprietary tech.”

The Promise of Next-Gen Displays

Part of digging in on a deal is to understand the sector. Over the last decade, the broader 3D market has rapidly evolved beyond red and blue glasses and optical illusions. Consumers can purchase augmented and virtual reality console, and in 2012, a projection of Tupac famously “performed” at Coachella.

Yet, these high-tech displays have their limitations. Heavy headsets required for VR/AR software feel isolating and inorganic. In some cases, the technology isn’t even that new. According to NPR, “hologram concerts” from Tupac and other performers actually rely on an overhead projector and “old theatrical technology.”

Light Field Lab is aiming to revolutionize the $1.1T visual display market with more advanced technology. According to Anton Simunovic, Chief Investment Officer of AVG, “Light Field Lab is positioned to change the game for display. The ability to replace physical objects with photons of light will impact every industry.”

To create its holograms, Light Field Lab uses a system of panels to build video walls. The installments project software-controlled light rays that create large displays and “real-world” environments. This is accomplished without the use of headgear or glasses, creating an immediate, immersive experience for viewers. According to Variety, the demo they received from Light Field Lab featured several different holograms, including a “forest landscape diorama, which seemingly continued inwards past the screen of the display.”

Light Field Lab aims to partner with large entertainment spaces to install these video walls, including museums, theme parks, and music venues. While the company’s product is still under development, the AVG team recognized the strong potential of the technology to shape the future of visual displays.

“We had a chance to see and interact with the demo, and it was the coolest thing I’ve seen and experienced  in tech,” said Beazley. “The image quality was stunning, and we were able to magnify it in mid air, using a focal lens, as if it were a live, physical object.” 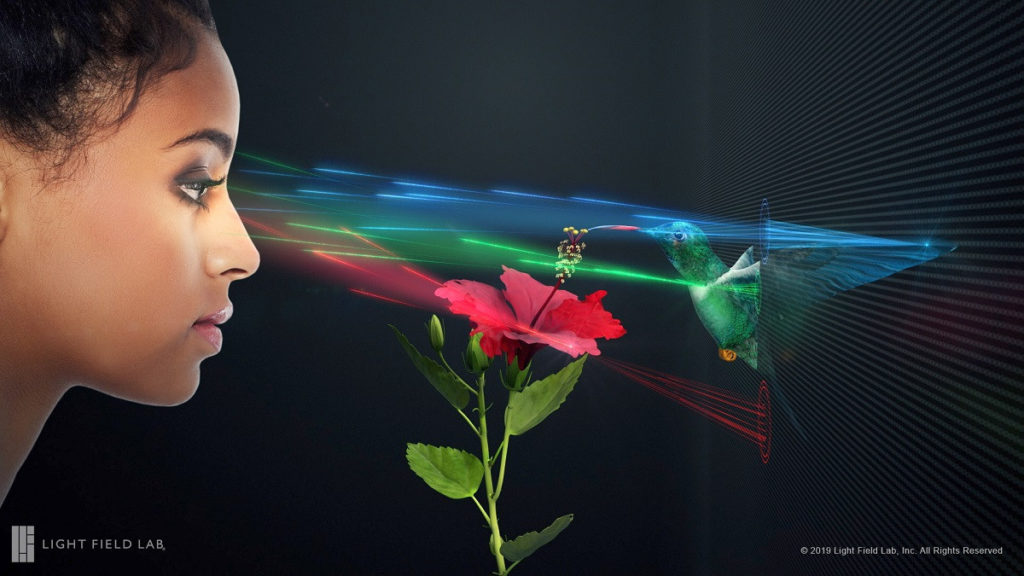 Along with an enticing product, Light Field Lab is backed by strong lead financial investors, as well as key strategics including, but not limited to Khosla Ventures, Bosch and Taiwania Capital. All the firms have extensive experience investing in and advising high-tech companies and offer access to a large network of revenue producing partners. Additionally, Light Field Lab is led by a highly technical team with deep experience working with venture-backed startups and large tech companies.

AVG and Purple Arch pursued an investment in Light Field Lab in earnest for a year. A key part of this process involved AVG’s strategy of accessing deals through alumni networks, explained in further detail here. Purple Arch leveraged Northwestern connections on the capital and management team side to help close a deal.

Given the strength and potential of the deal, AVG and Purple Arch identified Light Field Lab as a prime candidate for a Syndication investment. Periodically, AVG partners with one of its core funds to offer Syndications  (opportunities to opt into a deal on an individual basis) to a select group of investors, who have all invested $100k+ with the firm.

“We offer our best customers a chance to opt into special individual deals that have additional room left in the round,” explained Mike Collins, CEO of AVG. “Light Field Lab was a prime candidate for this kind of opportunity. They have many of the ingredients of a winning investment and have made major progress in the last two years.”

Given the time and effort involved in the sourcing, relationship building, and due diligence, Purple Arch Invested much more in the deal than just money. But that’s the commitment that AVG expects when searching for the big winners that can make a portfolio.

AVG launched 10K Entrepreneurs, or 10KE, in 2019 as a nonprofit dedicated to exceptional entrepreneurial...

Alumni Ventures Group (AVG), one of the world’s most active venture capital firms, has announced...