CEO Notes are briefs created by members of our team and community on high-interest topics covering entrepreneurship and venture investing. We invite you to watch this installment about cybersecurity presented by Edward Tsai, Managing Partner of Westwood Ventures (a fund for the UCLA community). 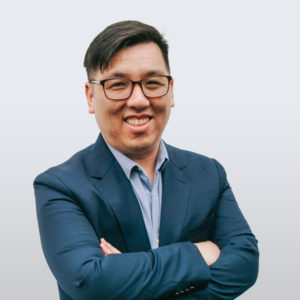 Edward Tsai is Managing Partner of Westwood Ventures (a fund for the UCLA community). Edward has 15+ years of investment experience in the U.S. and China, including a successful track record with investments such as Cruise Automation (acq. by GM), Life360 (IPO), Palantir (IPO), and Brave Software. In addition, Edward has served on the limited partner advisory committees at Cendana Capital and Ten Eleven Ventures, and he has deep operating experience at tech and cybersecurity companies. Most recently, he was Director of Investments at enterprise security company Qianxin, where he led $700 million in fundraising, ran multiple M&A deals, and managed a large investment portfolio. As Assistant GM for Qianxin, he also incubated their cybersecurity spinout fund Security Capital. At 360, he led International Investments and Strategic Development. He started his venture career as Vice President at DCM, a global early-stage VC firm managing $4 billion. He holds BS and MS degrees in Computer Science from UCLA, where he is a Kauffman Fellow (class of ’15).

How a Co-Investor Actually Gets Into a Deal

Our recent exit of portfolio company Upstart is a success story for the firm and an excellent...