EP 54: Why Catherine Lu Fast-Tracked Her Path into VC

This successful entrepreneur, product manager, and software engineer found something in an opportunity with Spike Ventures that didn’t exist with more traditional VC firms. 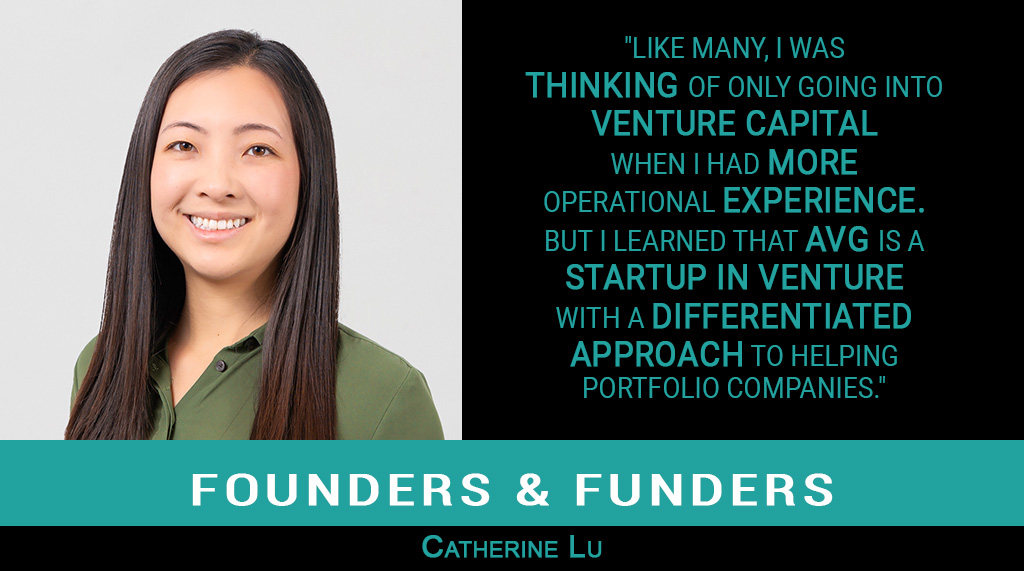 Catherine Lu was approached by a few top venture firms after she sold a company that she’d started with Stanford classmates, but it wasn’t until she met Andre de Baubigny, Managing Partner of Spike Ventures, that she made the leap into VC.

“Venture capital feels, to many, like it’s something that you should do at the end of your career,” Lu says on Founders & Funders, “when you have more experiences and you can really help the entrepreneurs and the portfolio companies.”

Through Spike, however, she could be both a venture capitalist and an entrepreneur—all while disrupting the VC industry. So Lu turned down offers from firms with better name recognition to roll up her sleeves with de Baubigny. Together, they’ve raised two sizable funds exclusively from their Stanford classmates while investing in many of the most promising deals across the venture spectrum.

Listen to this episode to learn more about Lu’s journey from Stanford to Spike.

Prior to joining Spike Ventures, Catherine was a successful entrepreneur, product manager, and software engineer. She was Director of Product at NEA-backed DataVisor, an enterprise company offering an unsupervised machine learning fraud solution. Prior to DataVisor, she co-founded the retail analytics company Fancy That, which was acquired by Palantir in 2015. While at Stanford, she built an online platform used by thousands of students and instructors to streamline grading. Catherine graduated from Stanford with a BS and MS in Computer Science, focusing on artificial intelligence.

Spike Ventures is the smartest, simplest way for Stanford alums to add venture capital to their portfolios. Led by Andre de Baubigny and part of the AVG family of core funds, Spike boasts a full-time alumni investment team, an investment committee with more than 250 combined years of investing experience, 20K+ alumni followers, and the only fund of its kind for Stanford alumni.

Spike Ventures pays homage to the golden spike that was driven by Leland Stanford to finish the First Transcontinental Railroad across the nation, ushering a new era of commerce, transportation, and expansion for our country. Spike looks to make equally audacious bets to improve the world we live in by investing in and for the Stanford Alumni network.

We are pleased to welcome David Cynn as Managing Partner of Triphammer Ventures, Alumni Ventures’...

We are pleased to welcome Brook Stroud as Senior Associate for Congress Avenue Ventures, Alumni...