These are the team members leading the deal sourcing, research, and evaluation of your venture portfolio
from geographically diverse locations and leveraging their own networks. 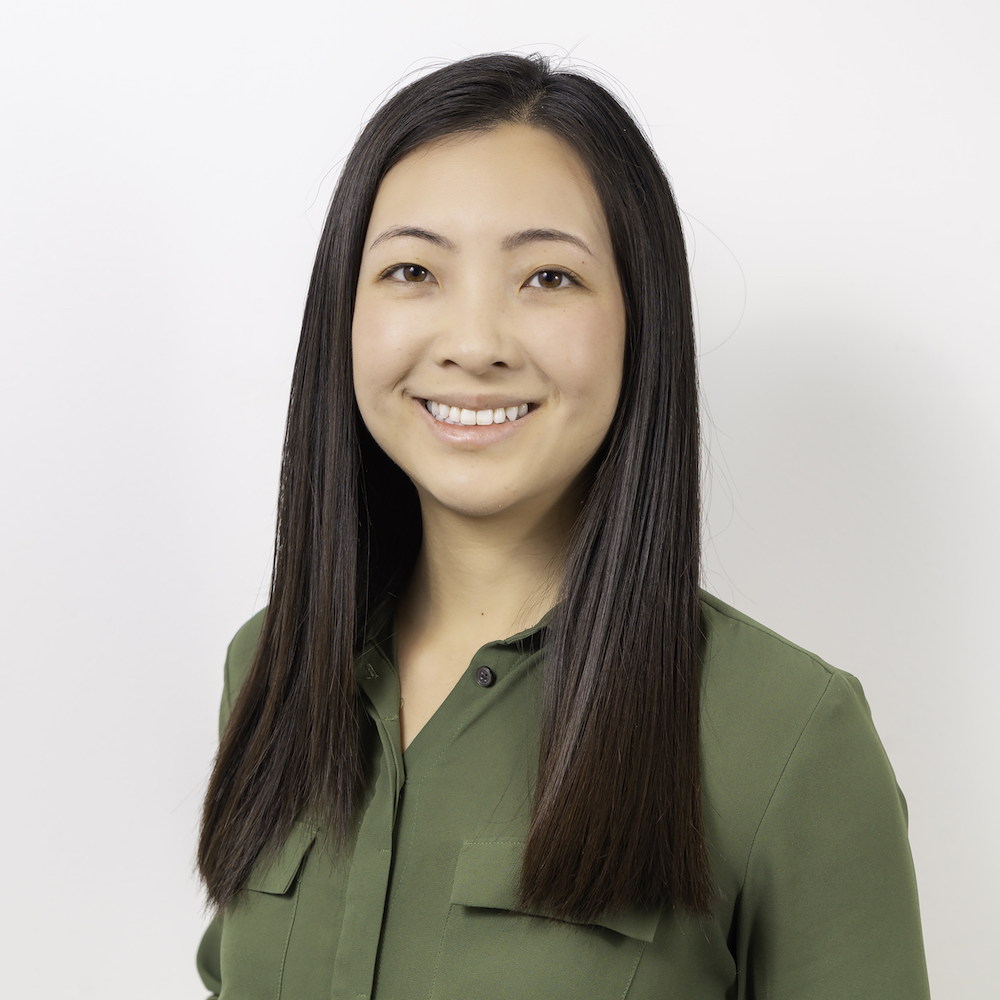 Bio: Catherine is a Managing Partner at Basecamp where she looks to back high-performance, high-integrity founders. Prior to Basecamp, she was the Senior Principal at Spike Ventures, AVG’s fund for Stanford alums. She has also been both an operator and founder. Previously, she was Director of Product at DataVisor (backed by NEA and Sequoia), an enterprise company offering an unsupervised machine learning fraud solution; during her tenure, she helped the company grow from less than $1M to over $8M in ARR. She also co-founded Fancy That, a retail AI company which was acquired by Palantir in 2015. Catherine received a BS and MS in Computer Science from Stanford, graduating with distinction and focusing on artificial intelligence.
Investments Sourced By Catherine: Anycart (Menlo Ventures, Greycroft), Strongsuit (Bloomberg Beta), RIOS (Morpheus Ventures), Lily AI (NEA, Canaan Partners), Mighty Buildings (Khosla Ventures), Haven Money (Unusual Ventures; acq. by Credit Karma) 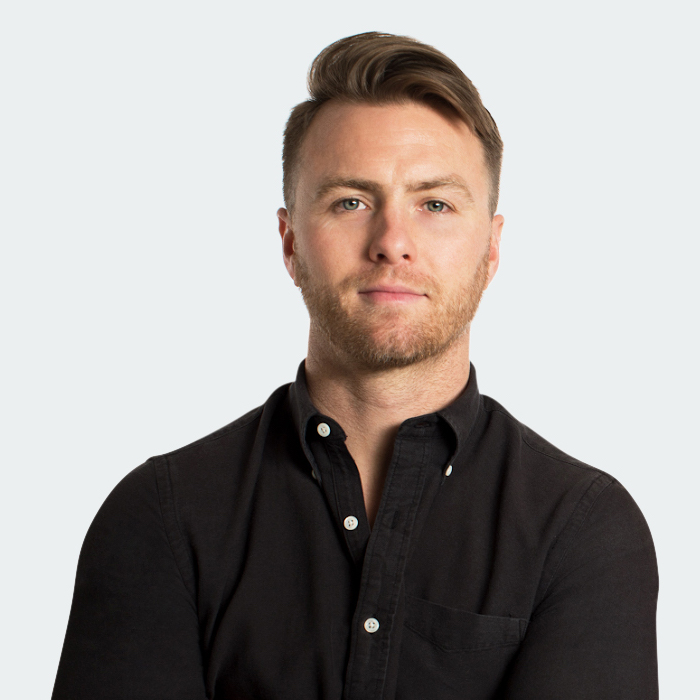 Bio: Matt is a Managing Partner at Basecamp based in NYC where he looks for companies led by passionate, mission-driven entrepreneurs with an acute understanding of the markets they are looking to disrupt. Matt has a particular interest in consumer applications and b2b SaaS companies but keeps an open mind to opportunities in even the most esoteric categories. Prior to joining Basecamp, Matt was an experienced founder and operator of multiple venture backed businesses: Integral Ad Science (acq. by Vista Equity Partners), enterprise SaaS platform Suzy (backed by The Foundry Group, Tribeca Venture Partners) and a direct to consumer brand (backed by Lerer Hippeau). Earlier in his career Matt was a member of the corporate venture practice at Nike and an investor at Coriolis Ventures. He began his career as an innovation strategy consultant for Procter & Gamble. Matt holds an MBA from NYU Stern and BA from Tulane University where he majored in American Literature.
Investments Sourced By Matt: Cube Planning (Bonfire Ventures), Teal HQ (Lerer Hipeau, Flybridge Capital), Teamshares (Union Square Ventures), Voro (Floodgate), Tembo Health (Resolute Ventures) 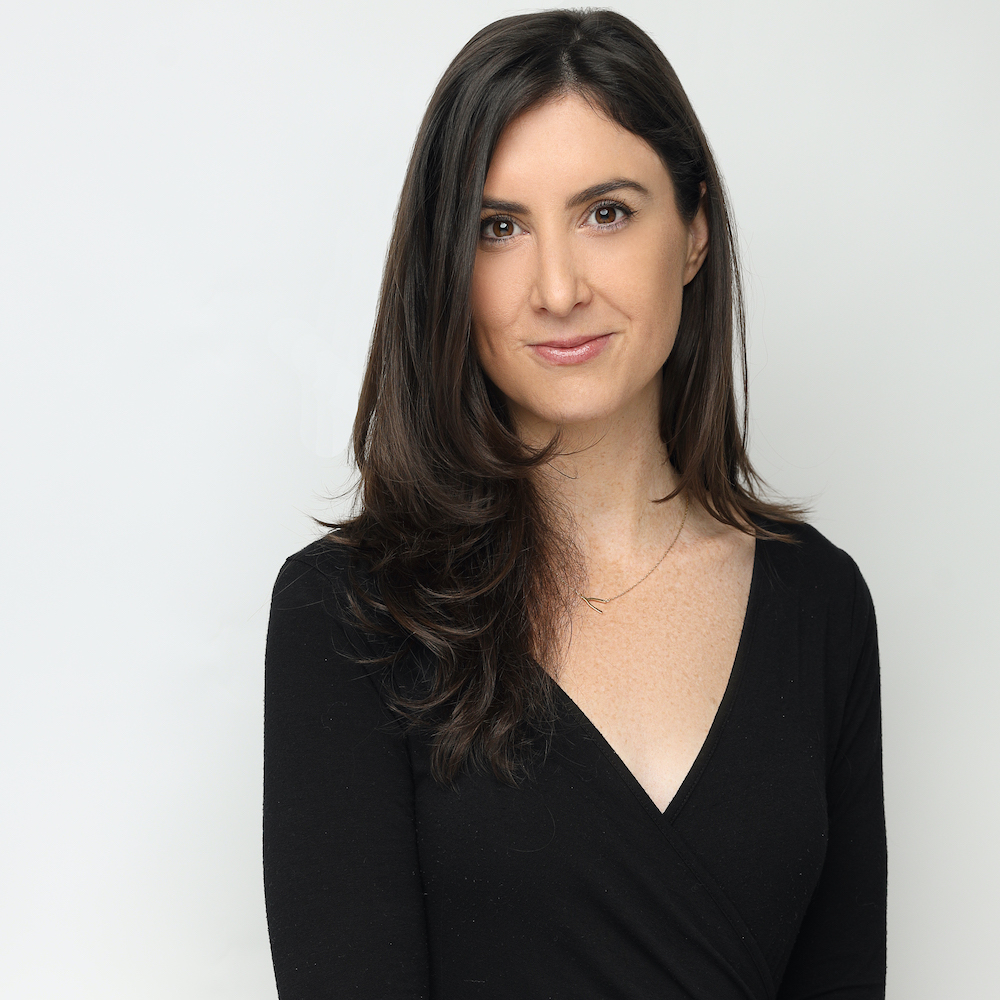 Bio: Andrea is a Managing Partner at Basecamp Fund who has worked with early and growth-stage companies both as an investor and an operator. She focuses on investments in b2b and enterprise companies as well as fintech, though looks at any company with a disruptive business model. Prior to Basecamp, she was an investor at Fika Ventures and Expa, the venture studio started by the founder of Uber. At Expa she helped manage the firm’s early stage practice investing in both consumer and b2b companies such as Statespace, Sleeper and Radar. Prior to venture, Andrea was on the other side of the table operating at technology companies both large and small. She was an early employee of proptech company VTS before founding Loop, a two-sided marketplace allowing tenants of multifamily residential buildings to leverage their collective buying power when purchasing services and products for the home. She started her career in commercial real estate at CBRE Group, Inc. (NYSE:CBRE), a Fortune 500 and S&P 500 company and the world’s largest commercial real estate services and investment firm. Andrea holds a B.A. from the University of Pennsylvania where she majored in Philosophy, Politics and Economics.
Investments sourced by Andrea: Balsa (Andreeson Horowitz), Steno (First Round Capital), Flatfile (Two Sigma Ventures, Gradient Ventures), CoScreen (Unusual Ventures), Composer (Golden Ventures) 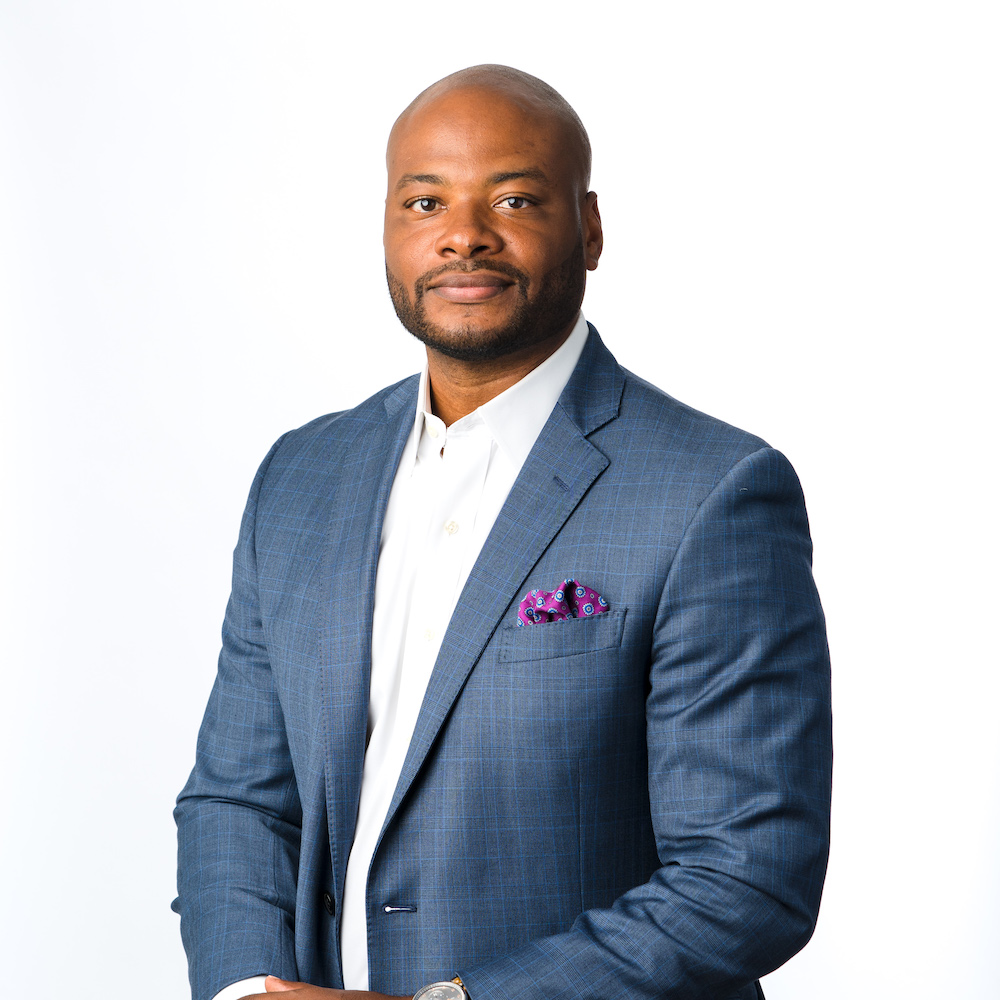 Bio: Wayne is a Managing Partner at Basecamp based in Chicago and is passionate about investments at the intersection of technology and media. He has led investments in IoT, Enterprise SaaS, Fintech, and Health-Tech. Wayne most recently served as a founding partner at Purple Arch Ventures, AVG’s fund for Northwestern alumni. Before joining AVG, Wayne was an executive on the global content acquisition team at Netflix. Before that, VP of Business Development at Silver Chalice Ventures, a digital media startup owned by the Chicago White Sox. Wayne began his career as a Surface Warfare Officer in the US Navy. He holds a BS in industrial engineering from Stanford, an MBA from Kellogg, and is a Kauffman Fellow (Class 25). Wayne is committed to the growth of the venture and tech community in the Midwest and investing in underrepresented founders. He serves as an advisor to several startups and is a founding board member of Great Lakes Academy Charter School.
Investments Sourced by Wayne: Relayr, BlockFi, Carta, Sondermind. 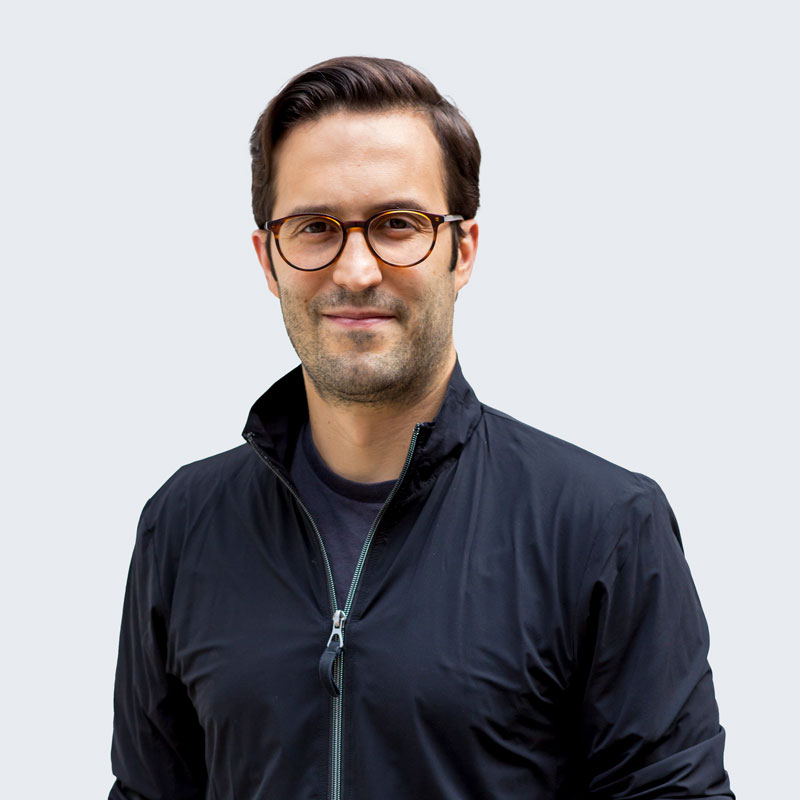 Bio: Marco’s early-stage investing experience began with an angel investment in Universal Standard, an e-retailer that has revolutionized inclusive sizing. Since then, Marco has worked on over sixty Seed deals as Principal on AVG’s Seed team. Prior to that, Marco successfully completed a Fellowship at fintech fund, VEF, and before that he spent over a decade in investment banking and institutional sales. Marco has a BA from Middlebury College, where he was a Davis UWC Scholar, and a joint MBA from Columbia University and London Business School, where he focused on early-stage finance and entrepreneurship.
Investments sourced by Marco: Downstream (Haystack, Tuesday Capital), CoScreen (Unusual Ventures), Undock (Bessemer Venture Partners), Crown Affair (Greycroft, Brand Foundry), Reflective (Founders’ Co-Op). 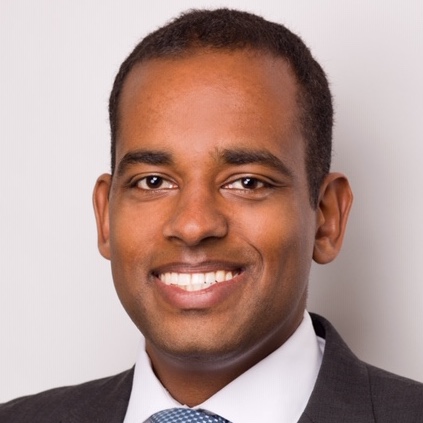 Bio: Michael is a Principal at Basecamp. Previously, he worked as an entrepreneur and operator in the fintech, healthcare services and transportation fields at early and late stage companies. Michael is now focused on helping entrepreneurs scale their businesses as they work through product development and optimizing operations. Michael started his career in the financial services industry and has experience in private equity co-investing, secondary markets, and corporate strategy, as well as technology M&A advisory and early stage venture investment. He received a BS from Georgetown University in Finance and Operations and Information Management and an MBA from The Tuck School of Business at Dartmouth. 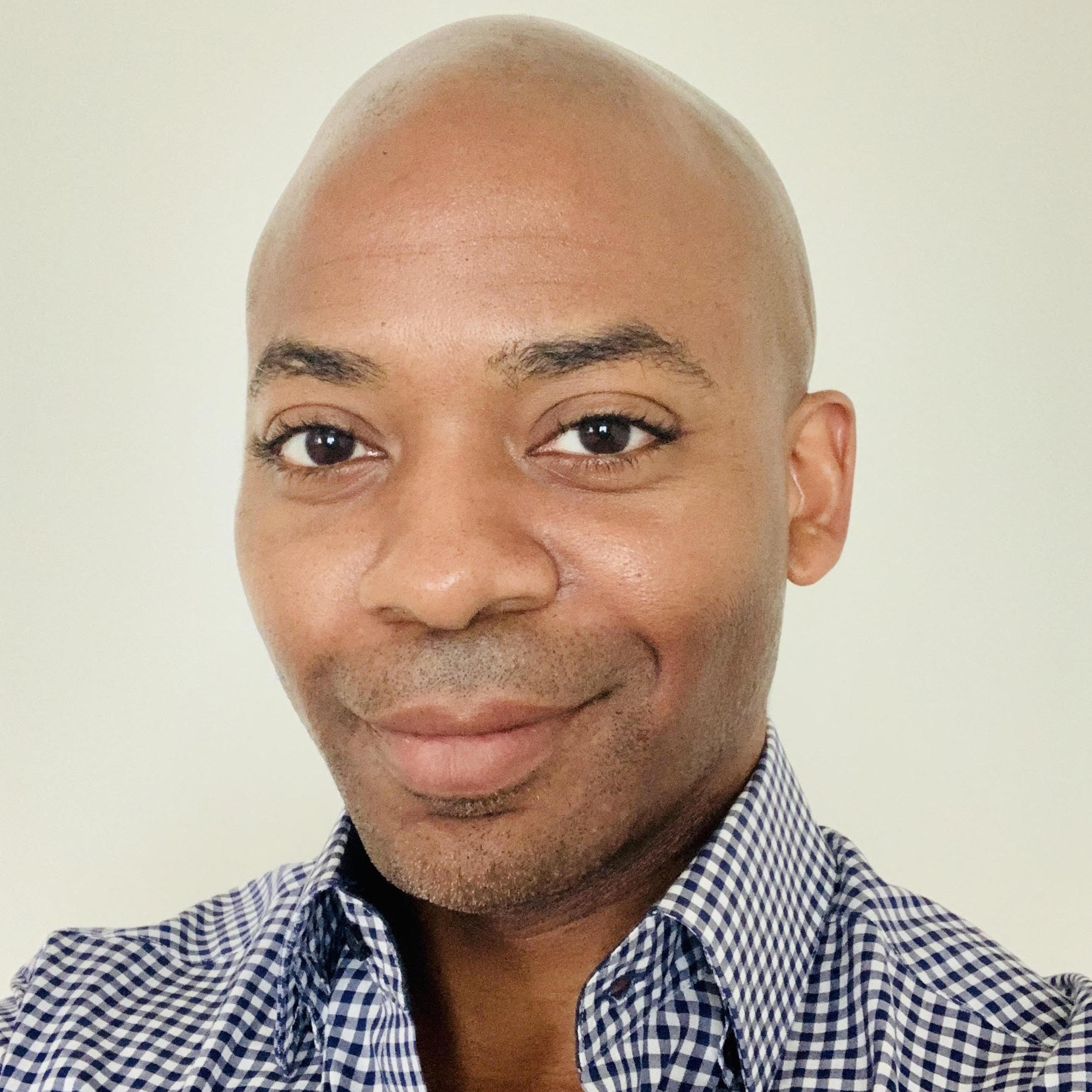 Bio: Tyrone is a long-time naval officer, serving nearly 20 years in the Navy. His career highlights include Special Duties Officer, Assistant Naval Attache, Maritime Liaison Officer, and Ground Combat Support Officer for the SEALs. Previously, he was a Consultant for Viant Corporation, where he handled business development and design projects for clients such as Schering Plough & Merck, Primedia, and Universal Music Group. Tyrone received a bachelors in Physics from New York University and recently graduated from The Hong Kong University of Science and Technology with an MBA. He is currently completing his Master of Science in Biotechnology from Johns Hopkins University Advanced Academic Programs. 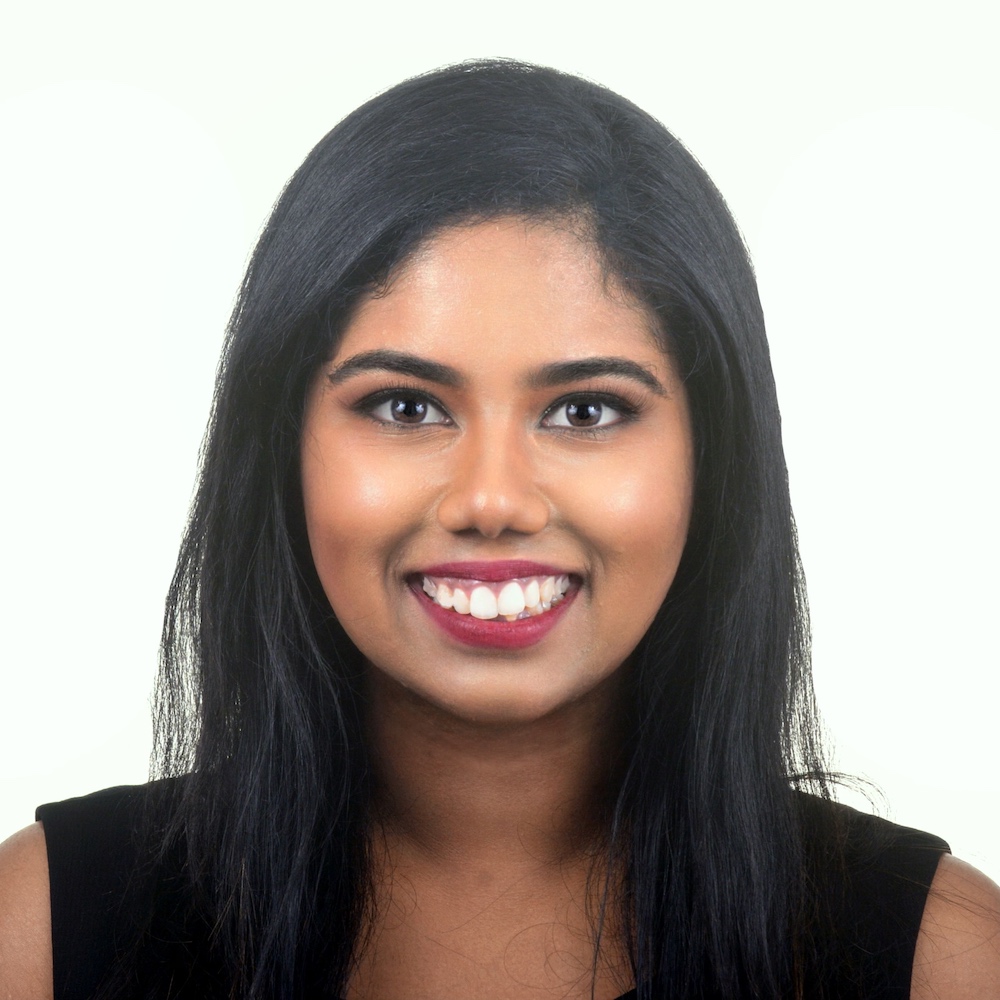 Bio: Neetu is a former founder, operator and fintech strategist with a passion for emerging technologies. She earned her Bachelor’s from UC Berkeley and her MBA from the University of Oxford. At both universities she advised early stage startups on product strategy, market research, and financial modeling. While an MBA student, she studied AI, with a focus on algo trading and fintech, and how the blockchain is revolutionizing property investments and the retail industry. She was previously on the operations team at YouTube and in 2019, she served as Chief of Staff at Arachnys, a fintech startup where she worked with the CEO and VP of Product on corporate strategy. Neetu is also an alum of the Clinton Global Initiative-University entrepreneurship program and served as an Entrepreneurship mentor to other student founders. She is a proud UC Berkeley and Oxford University alum who wants to encourage entrepreneurship at universities. While completing her MBA at Oxford, she was an AI researcher focusing on algo trading and fintech, such as analyzing how blockchain is revolutionizing property investments and the retail industry. As a former NGO founder in the microfinance space, she is drawn to impact investing and corporate social responsibility and was a mentor for Clinton Global Initiative-University, a social impact pre-accelerator. 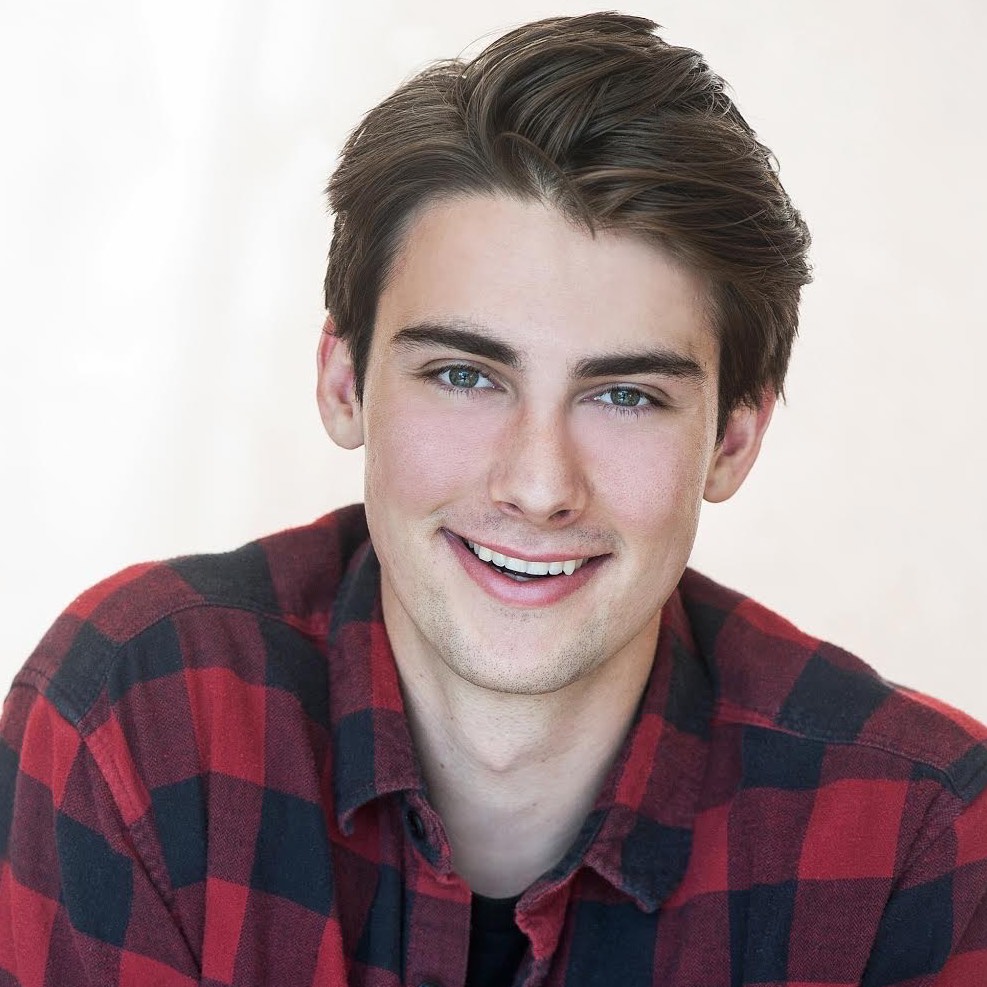 Bio: Keiran is a member of the VentureCorps program at AVG, working with the Basecamp team. Previously Keiran was a summer intern at Basecamp Fund, as well as an outreach associate for 10KEntrepreneurs. Prior to working at AVG, Keiran started his own eco friendly clothing company and worked for the film production company, Braven Films. Keiran is a fourth year student at the University of Toronto majoring in Political Science and Art History.