The Diversity Gap and Opportunity in Venture Capital

We demonstrate the need and opportunity for investing in diverse founding teams and business models addressing systemic biases.


The Diversity Gap and Opportunity in Venture Capital

Many Alumni Ventures Group investors are interested in making an impact through their venture investments. In response, AVG launched our Anti-Bias Fund, which offers investors a portfolio of ~20-30 venture investments that are led by a diverse founding team or feature a business model addressing systemic biases.

As we’ve discussed the fund with our community, some have asked us if they can actually do good AND do well with an Anti-Bias Fund portfolio. Can they help address systemic bias without sacrificing a strong portfolio?

In his white paper, The Diversity Gap and Opportunity in Venture Capital, AVG Basecamp Senior Principal Marco Casas shows that venture investing for impact and potential profit are not mutually exclusive goals — going to the heart of AVG’s new Anti-Bias Fund. Marco examines the evidence and demonstrates why investments in diverse founding teams and in business models addressing systemic biases might offer the chance for attractive gains.

Below is an interview with Marco on his findings and conclusions, as well as his background and perspective on biases in venture. You can also read more in his white paper.

Can you tell us a little about your background?

I am a first-generation immigrant from Venezuela. I moved to the U.S. to go to college on a full scholarship, so I’ve always considered myself super lucky. After that, I went into emerging markets finance, but I always had a burning passion for entrepreneurship. I attended business school (joint MBA from Columbia and London Business School) to explore that, focusing my coursework on entrepreneurship and early-stage finance. I found Alumni Ventures Group shortly afterwards. At AVG, I’ve largely concentrated on seed investing, and I’m proud to say that I’ve invested in over 40 companies where at least one member of the founding team identifies as female or minority.

Why did you choose to write this paper?

I found the issue of VC underfunding in underrepresented groups both deserving of attention and personally relevant. In a 2019 survey, Morgan Stanley found that investing in underrepresented founders could represent a $4.4 trillion opportunity. Yet, according to PitchBook, only 2.1% of the total VC capital in the U.S. went to female-founded companies between January and November 2020. Minority founders haven’t fared much better, having only raised 2.4% of the total U.S. VC capital from 2015 to August 2020, according to Crunchbase.

Thankfully, the discussion around underrepresentation in venture has increased tremendously over the last few years, even if funding hasn’t followed suit. Given that I am Latino, I feel a responsibility to be part of the conversation and help address the issue. I try to do so via my investments and also by being an active member of diverse communities like VCFamilia, which focuses on supporting Latinx emerging and existing VCs and founders. There is a big opportunity to level the playing field and give opportunities to groups without traditional experience or connections in the industry.

In my case, Alumni Ventures Group did not discriminate against my background. I had done just one angel investment and had a VC fellowship. I was given a shot, and now I’m delivering to the high standards of the firm. I have made what I think are some really good investments for AVG, like Compass Real Estate, which has reportedly filed for IPO in recent days.

What do you think are some of the causes of underrepresentation in venture?

Some of the causes stem from how venture capital was born. A lot of white males working in technology started funding each other. The nature of the industry is that you have to be close to the opportunity to really access it. I don’t think this pattern is necessarily purposeful or malicious. But I think we’re better understanding where the industry is today compared to the demographics of entrepreneurs and the country.

Why do you think this is an opportunity for investors?

As I noted, Morgan Stanley reported that women and minorities generate over $4 trillion in business. That is quite a large opportunity waiting to be tackled.

One of the main problems underrepresented founders often cite is that investors simply aren’t familiar with them or the problems they’re trying to address. Hiring more people from underrepresented backgrounds could help firms increase the diversity of their investments. And for people currently sitting in the industry, becoming more familiar with these problems will hopefully lead to greater investment allocations to underrepresented founders. There are funds like Kapor Capital that are proving this thesis works: delivering returns, while focusing on closing gaps in the industry and in society.

AVG’s Anti-Bias Fund plans to invest in companies led by diverse teams and/or addressing systemic biases. What are some investments you’ve made in companies that meet those criteria?

A recent one that comes to mind is Twentyeight Health, co-founded by a female entrepreneur. They’re addressing the birth control market in the U.S. for underrepresented women and women who usually can’t afford treatment otherwise. Another example is Perch Credit, led by an African American founder. The company is creating a way for people to build their credit history through recurring purchases, like paying your cell phone or your Netflix subscription. Right now, the main option to build one’s credit is through credit cards, but some people damage their credit. Writing this paper, I learned that Hispanics’ personal finance knowledge is lower than the rest of the U.S. population. Perch is trying to address gaps in financial literacy among underrepresented groups by educating users on how to better manage their finances.

How is AVG addressing the underrepresentation of women and minorities in venture?

I’ve worked with folks who are quite keen to enter the industry, and they also come from non-traditional backgrounds. I’ve seen firsthand how AVG is helping address these issues. We have our 10K Entrepreneurs and Venture Fellow programs, which expand access to folks from diverse backgrounds to entrepreneurial opportunities. We’ve placed a big emphasis on choosing candidates from underrepresented groups.

For instance, with our Basecamp Fund, we have four Managing Partners: Matt is a white man, Wayne is African American, and Andrea and Catherine are women. And then the fund’s Principals are Mike, who’s African American, and myself, a Latino. All of us, in my opinion, are dedicated, accomplished investors — and that’s impressive. 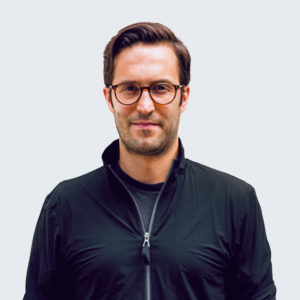 Marco is a Senior Principal at AVG Basecamp Fund, where he focuses on pre-seed and seed investments. To date, Marco has invested in over 40 companies where at least one member of the founding team identifies as female or minority, including real estate company Compass and size-inclusive brand Universal Standard. Prior to AVG, Marco was a fellow at VEF, an emerging markets fintech VC. Before that, he spent over a decade in emerging markets investment banking and institutional sales. Marco has a BA from Middlebury College and MBA degrees from Columbia University and London Business School. He is a Council of Foreign Relations (CFR) Term Member and has been named to Business Insider’s “100 rising-star VCs who represent the future of venture capital.” Marco is a proud first generation immigrant from Venezuela who got to New York City by way of Swaziland and Russia. He’s an active member of VCFamilia, a community supporting Latinx investors and founders.

AVG’s Anti-Bias Fund offers a portfolio of about 20-30 venture investments that are led by a diverse founding team or feature a business model addressing systemic biases. Approximately 25% of the fund is reserved for follow-on investments. Minimum starts at $25K. Click below to learn more.

To help bring the Anti-Bias Funds goal to life, we recently spoke to Travis Montaque, Founder...

Anti-Bias Fund: The Challenges and Opportunities in Diverse Investing

As part of our webinar series for the Anti-Bias Fund, we recently invited a panel of diverse...

While the fact remains that women and people of color are underfunded and underrepresented...