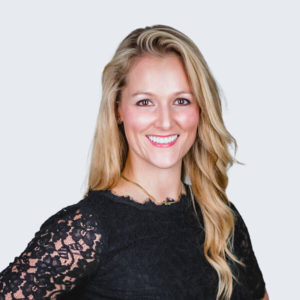 We are pleased to welcome Nancy Fechnay as Senior Principal for Towerview Ventures, Alumni Ventures’ fund for Duke alumni and friends of the community. Nancy brings 15 years of investment and startup expertise to this role and a strong passion for networking and deal sourcing. We recently caught up with Nancy to learn how she came to join the Towerview Team.

Will you share your background before joining Towerview Ventures?

I’m a three-time company founder. The first I started right out of engineering school (it failed), and the second one I sold in 2014. My co-founders are still building the third out of London and Zurich — an Atomico Angel and Outlier Ventures-backed company, which are two top-tier funds in Europe/UK.

I also started a non-profit mental health company for entrepreneurs that I co-launched with Google in London. When the Chief Editor of WIRED magazine got wind of it, he took me under his wing and things blew up from there. I was asked to speak about it at No. 10, in Norway, Helsinki, and Portugal. We had the CEO of Calm — a U.S.-based unicorn company — on the board. We also had the ex-Prime Minister’s wife attending our events, which was exciting.

In between every startup, I worked in venture. Most notably, I worked at Kleiner Perkins before launching Flight Ventures’ European operations out of London in 2015. Flight Ventures is the largest online syndicate in the world. We have almost 4,000 backers.

I also lived in London for five and a half years, and between the second quarter of 2019 through March of 2020, I traveled around Southeast Asia. I also worked six months as an EIR at Capital Factory, a local Austin, Texas hotspot for startups, and at Notley Ventures, a positive impact family office.

I have an engineering degree from UVA and two master’s degrees from Duke. One master’s is in environmental management, focusing on energy/climate tech, and the other is an MBA.

How did your time at Duke impact you, personally and professionally?

Right before Duke, I discovered venture capital and fell in love. I took an internship at the first cleantech VC after I finished my applications to business school in January of 2011 and was hooked. With that in mind, I spent the three years at Duke strategically placing myself to get a job at one of the top funds in the Valley upon graduation. I was able to accomplish that goal by joining KPCB. It was a big deal for a Duke graduate, as Kleiner typically only accepts applicants from Harvard, Stanford, and MIT (at that time though I hope that has changed now).

I also did a lot of traveling during my time at Duke. I went to Israel and studied entrepreneurship at the University of Tel Aviv. I went to South America and South Africa as well. One of the most life-changing experiences in South Africa was doing a tour of the slums in Johannesburg.

What sparked your interest in working at Towerview?

I liked that there was a Duke affinity, as well as Alumni Ventures’ company strategy. I greatly enjoyed my conversations with the exec team, and I really liked Greg Baker. I knew I could trust him and learn from him.

Alumni Ventures promised me a lot of autonomy. Since I have been leading my own deals alongside well-established VCs off and on for the last six years, it was important to me to have a say in what investments get done. Greg offered me the chance to learn from him and then, pretty quickly, work on my own, which was very exciting to me.

Last but not least, I find Alumni Ventures’ approach to venture and investing very appealing. My favorite part about being an investor is networking and deal sourcing, and then — every now and then — you put your head down and dive deep into new topics. It seems like Alumni Ventures is the perfect place for someone like me who enjoys deal generation and closing the most, but also to learn.

What trends in venture capital are you most excited about?

I’m also fascinated by A.I. and machine learning, but I would not call myself an expert in those spaces.

What resources do you recommend to people interested in venture capital or entrepreneurship (books, podcasts, etc.)?

On the podcast front, I’m all over the place. I switch around because there are just so many good podcasts out there. I have four books that I recommend anyone that works for me to read if they’re starting out in venture: